This is the moment when Salman gets down from the bus and calls out to Kareena saying, "Behenji" (Sister)! 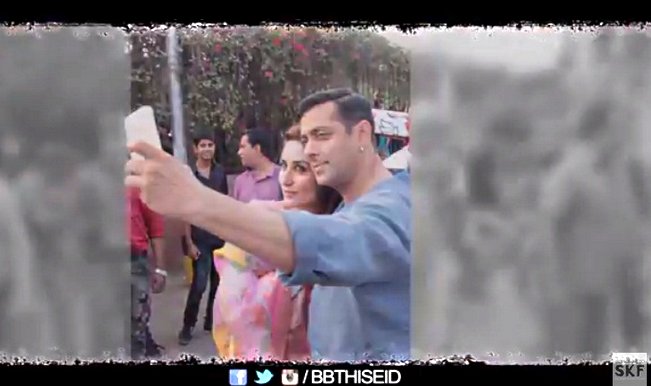 Salman Khan and Kareena Kapoor Khan’s movie Bajrangi Bhaijaan is easily the most awaited movie to release on Eid 2015. The movie’s trailer and songs that have been released recorded huge views on YouTube. The little girl Harshaali Malhotra has generated a lot of curiosity about the movie’s story. But what people are loving a lot is the chemistry between Salman Khan and Kareena Kapoor. Also Read - Bigg Boss 15: Aditya Narayan Reacts To Reports Of Participating In The Show, Here's What He Has To Say

So, how did it all begin? To see that, take a dekko at this video – The Bajrangi Bhaijaan Diaries – Part II that shows the moment when Salman Khan and Kareena Kapoor Khan gave their first shot ever for the film! This is the moment when Salman gets down from the bus and calls out to Kareena saying, “Behenji” (Sister)! The Behenji scene is already the most loved moment in the Bajrangi Bhaijaan trailer. Also Read - Bigg Boss OTT: Sidharth Shukla-Shehnaaz Gill To Be Part Of The Show As Contestants?

This making video of Bajrangi Bhaijaan also has director Kabir Khan, Salman and Kareena speaking about the first day of shoot that is always special. The crew shot in Chandni Chowk in Delhi amongst a huge crowd that cheered for their stars. Watch the video to know how the journey of Bajrangi Bhaijaan began with his ‘Behenji’!