Bajrangi Bhaijaan teaser trailer OUT: Salman Khan in a never before avatar!

The first teaser trailer of Salman Khan’s film Bajrangi Bhaijaan is finally out! Check it out here! 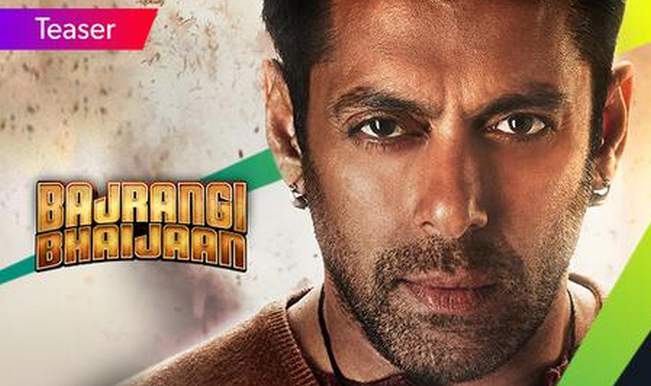 Here it is! The first teaser of Salman Khan’s film Bajrangi Bhaijaan is finally out! It was supposed to be released on May 27 (Wednesday) around 8 pm IST by the superstar himself, but was postponed by a day. Salman tweeted on May 28 at exactly 7.58 pm as promised, saying, “Ye raha #BajrangiBhaijaanTeaser @BBThisEid”. Looking at the teaser, we must say Salman looks absolutely awesome and the film, directed by Kabir Khan, looks out of this world! Kareena Kapoor is beautiful in her desi avatar, and, oh yes, we love the little girl and the many little hanumans! Also Read - Salman Khan Mocks Arshi Khan For Her Golden Dress: Tu Bigg Boss Ka Sofa Pehen Kar Aayi Hai