Balika Vadhu actress Avika Gor aka Anandi is all grown up and looks quite stunning!

We must say, Avika has a lot of swag! The actress has now grown up into a beautiful young woman.

The cute little, frightened, innocent child bride from Balika Vadhu is all grown up and how! Yes, Anandi aka Avika Gor has come a long way from her popular daily soap. The actress was also seen in the role of a married woman in Sasural Simar Ka, where she played the character of Roli. But she was still a teenager and in school even on that show. ALSO READ: Karan Mehra, Mihika Verma Upasna Singh – Top 9 actors who bid adieu to their popular TV shows! Also Read - Balika Vadhu Actor Avika Gor Shares Loved-up Picture Beau Milind Chandwani

Avika, who will turn 18 on June 30, has delivered some great performances while she was still in her early teens. But recently, she bid adieu to her popular drama Sasural Simar Ka and is enjoying her youth. A few months back, the actress chopped her long hair off and surprised her fans with her new avatar. Take a look! Also Read - Anandi Bahu to Bikini Babe: Netizens Are Amazed to See Balika Vadhu Actor Avika Gor’s Bikini Picture 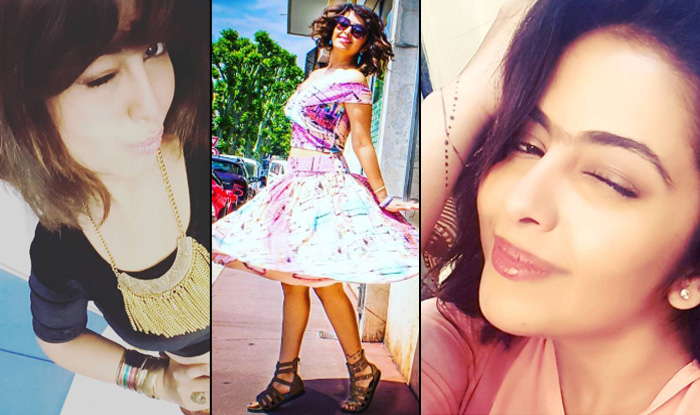 Avika walked down the red carpet at the Cannes International Film Festival 2016, wherein she looked stunning in a dark blue gown and minimal jewellery. Avika went along with actor and alleged beau Manish Raisinghani, her co-star from Sasural Simar Ka, to promote her short film at the Cannes Short Film Corner. The actress looked quite perfect with her short hair and sparkling make up. We must say, Avika has a lot of swag! The actress has now grown up into a beautiful young woman.

Have a look at her amazing pictures here: