Given the fact that Shahid Kapoor’s Haider and Bang Bang will be releasing on the same date, Shahid seems very much ready to milk this dare to his advantage. 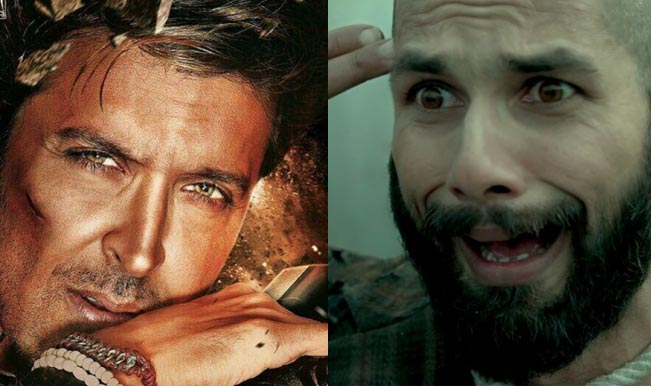 With the approaching release date of Bang Bang, Hrithik Roshan has found a new way of promoting his movie. He is doing his best by daring his contemporary B-Town fellows with a Bang Bang dare. Recently he took to Twitter and dared the over enthusiastic Kill Dill actor Ranveer Singh to get out of his car and pose in the middle of Mumbai main road. Ranveer being the most overwhelmed person in the industry accepted the challenge. He was seen dancing to Hrithik’s song. Later Hrithik also challenged his Zindagi Na Milegi Dobara co star Farhan Akhtar and he also did it gracefully in his own style. Also Read - Ishaan Khatter Says He's Not 'Irked' About Being Recognised as Shahid Kapoor's Brother

Since Hrithik Roshan was on a spree to dare each and every actor to promote his movie Bang Bang, Shahid Kapoor was taken aback that he was not dared by Hrithik. Given the fact that Shahid Kapoor’s Haider and Bang Bang will be releasing on the same date, Shahid seems very much ready to milk this dare to his advantage. Also Read - Found Myself Little More! Shahid Kapoor's Wish For Wifey Mira Kapoor on Their Wedding Anniversary is Pure Love

Shahid took to Twitter and here’s what he posted: “Hai der @iHrithik after seeing @RanveerOfficial video just have to say .. Why no bangbangdare for me .. N @RanveerOfficial u ragggged it”.

Now this promotional spree is getting more and more interesting