‘Bangistan’ poster out: Riteish Deshmukh to play a terrorist!

The poster of the movie has a comic effect and seems interesting. 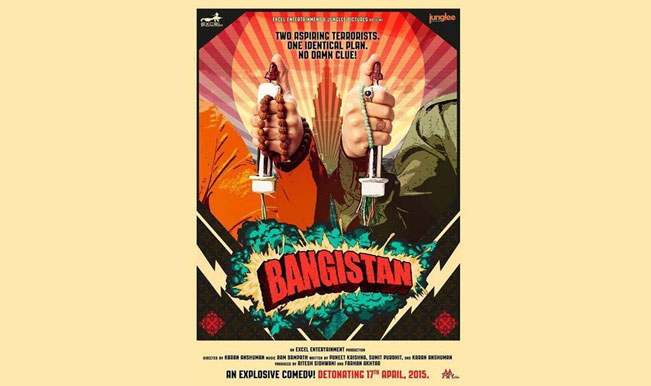 Ritiesh Deshmukh is on a roll after a massive success of his recent film ‘Ek Villain‘. Riteish, who is generally known for his amazing comic timing and light-hearted roles, surprised the audience by pulling off a villain’s role in Mohit Suri’s ‘Ek Villain’. And now this powerhouse of talent is ready to explode in ‘Bangistan’. Also Read - BTS RM Leaves Indian ARMY In Awe With His Response After Fan Dedicates Ek Villain's Humdard to Him

Ritiesh recently released his first Marathi film ‘Lai Bhaari’, which also has Salman Khan making a special appearance. With the release of this movie, the makers of ‘Bangistan’ released the the first poster of the movie. ‘Bangistan’ is a satirical take on terrorism and will also feature Pulkit Samrat in the similar role. The poster of the movie says ‘Two aspiring terrorists. One identical plan. No damn clue.’. which in itself sounds hilarious. The poster of the movie has a comic effect and seems interesting. Also Read - Genelia D'Souza Opens Up About Her Battle With COVID-19, Says 'I Tested Positive Even After 14 Days'

Riteish Deshmukh tweeted the first teaser poster of the film

Bangistan is a comedy film and will mark the directional debut of Karan Anshuman and will release on 17th April next year.