The first image is of Henry Cavill in his Superman suit standing inside the wrecked up ruins of Wayne Manor.

The much-much hyped movie based on iconic DC Comics superheroes – Batman and Superman, Batman v Superman: Dawn of Justice has released three exclusive new pictures. The three photographs of the Zack Snyder’s ambitious project boasts of heavy star cast. British actor Henry Cavill who reprised the role of Superman from Man of Steel and Ben Affleck replacing Christian Bale as Batman features in these new photographs. The third picture is of the main villain of the movie, Jesse Eisenberg as Lex Luthor in hip and charming avatar. Also Read - Multiple Batman, Multiverse! Michael Keaton, Ben Affleck, Robert Pattinson To All Play Batman in DC Films in 2022

The first image is of Henry Cavill in his Superman suit standing inside the wrecked up ruins of Wayne Manor. The Wayne Manor has been an important location in the previous Batman movies after all the Bat Cave is there. Also Watch: Batman V Superman: Dawn Of Justice trailer–this clash of ‘Titans’ is a visual overload! Also Read - Henry Cavill Excited About Playing Sherlock Holmes in Enola Holmes 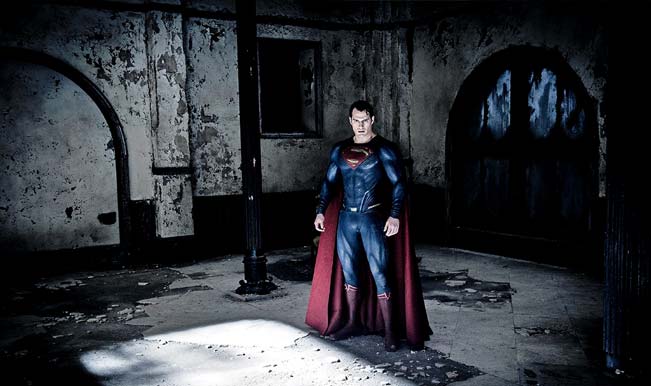 In the Batman Begins starring Bale, it was burned down to the ground only to be reconstructed in the Dark Knight Rises and was home to orphans. So we are quite wondering about the manor being torn down once again and what is Superman doing in the abandoned house. 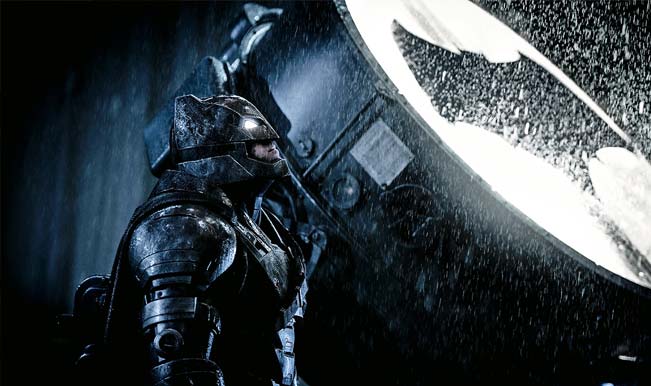 The second image is of muscular Batman in seeming new cape and gears are using Bat Signal – Remember Commissioner Gordan using it to call the Batman. From the trailer released earlier, we know the world is definitely in big trouble as Batman is using Bat Signal to not call himself but alien Kal-El. Fine, Superman for the big dual. 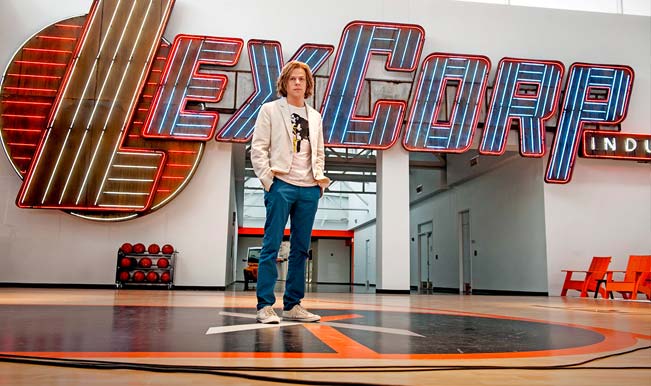 Well, the third picture is my favourite. It features young Lex Luthor not from his balding age. Jesse Eisenberg as this magnetic villain standing at the LexCorp seems like posing for shutterbugs. His cool avatar as villain who is hell bent on kicking Kal-El/Clark Kent/Superman gets a big thumbsup.

Batman v Superman: Dawn of Justice has released their first trailer which turned out to be quite mind blowing, considering there had been too much buzz regarding the new castings (read: Ben Affleck in role of Batman). But the storyline, which directly deals with the consequences of how the world could be in the presence of a superhuman element (read: Superman). So Batman as Bruce Wayne needs to keep a check on Superman and goes to Metropolis to confront the alien Clark Kent.