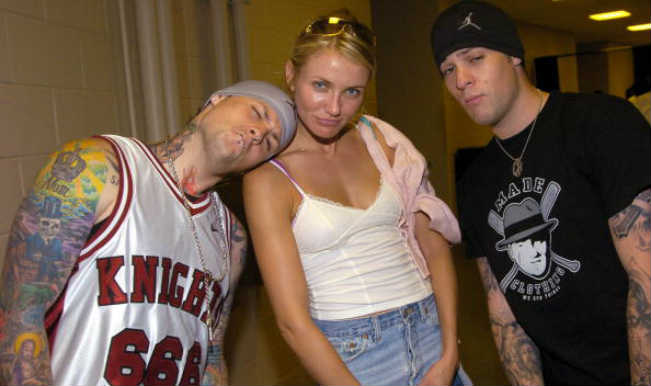 London, Nov 30: Rocker Benji Madden gave Cameron Diaz a USD 25,000 black opal. The 35-year-old rocker reportedly missed the ‘Sex Tape‘ actress so much while he was touring Australia recently that he splashed out on the rare gemstone to show her how much she means to him, reported Contactmusic. Also Read - Cameron Diaz pens heartfelt message to husband

“Cam thinks the opal is the most beautiful thing she’s ever seen. She absolutely loves it,”a source said. The former Good Charlotte star decided to pick up the gift, which was sourced from an Australian mine, after being amazed at how the deep-blue stone matched her eyes. The couple got together in May after being introduced by Nicole Richie, who is married to Benji’s twin brother Joel Madden. Also Read - Cameron Diaz pens heartfelt message to husband