Best Reply to Pyaar Ka Punchnama: Females hit back with their own monologue! (MUST WATCH)

This is for the guys who crib about their women! 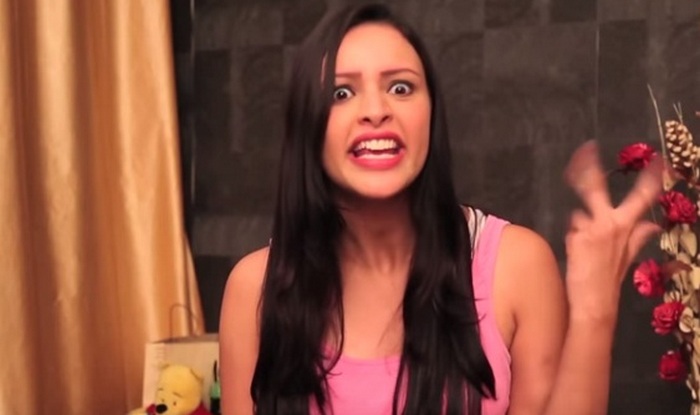 Are you one of those females who were irritated with the ‘famous’ Pyaar Ka Punchnama monologue, where the guy is seen ranting and whining about his girls and their annoying habits? Well, here are some girls who are as irritated as you, and have created a female version of the monologue. Watch it with caution, men and especially the ones who agree with what was shown in Pyaar Ka Punchnama and Pyaar Ka Punchnama 2. Also Read - Kartik Aaryan Spills The Beans on How Baazigar Changed His Journey From Engineering to a 'Surreal One'

Created by Vipra Dialogues against these guys who they think are male chauvinists pigs, here’s what the viral video has to say: “While the world of men is going gaga over the lengthy monologue from the movie ‘Pyaar Ka Punchnama’, they are missing out the point that a relationship is made up of two. Our latest video ‘Best Reply To Pyaar Ka Punchnama | Female Version’ is a fitting reply to all those men out there who think of themselves as a victim in a relationship while all they do is make noise through such insane speeches. Watch it boys and next time try to talk some sense at least!” Also Read - Kartik Aaryan Enjoys 'Lucknow ka Laajawaab Khana' While Sitting in Auto

Well, we did watch it and we think it’s PERFECT! And what a way to reply to some guys who can’t handle their girlfriends and crib about it all the time – Dude, we have to handle our man, our family, our work and so many other things! How about that? Here’s the Must Watch video of Pyaar Ka Punchnama monologue’s female version.