Sunil Grover reveals he does not watch Kapil Sharma's show, find out why.

Sunil Grover who won hearts of many with Kapil Sharma’s show is currently gearing up for his next big release, Bharat where he will be seen with Salman Khan and Katrina Kaif. Recently, Sunil opened up about watching Kapil’s show and revealed that he does not. Also Read - Need Some Fitness Motivation? These 5 Bollywood Celebrities Will Inspire You to Hit the Gym Right Away

It was in 2017 that Sunil decided to walk out of Kapil Sharma’s show after Kapil abused him in a drunken state in public. Post that Kapil even invited Sunil for his wedding but Sunil did not turn up. Recently while promoting his film Bharat, Sunil was asked by the media about being a part of Kapil’s show and if Salman had asked him to return to the show. Also Read - Bigg Boss 14 October 25 Weekend Ka Vaar Major Highlights: Kavita Kaushik Becomes The New Captain of The House

To this, Sunil Grover said, “I had a brief talk with Salman sir about coming on the show. He just suggested it, never enforced anything.” He further went on to add, “If I’m not in it, I don’t watch it”. Also Read - Bigg Boss 14 Update: Asim Riaz Rejected To Enter The Controversial House as 'Toofani Senior' 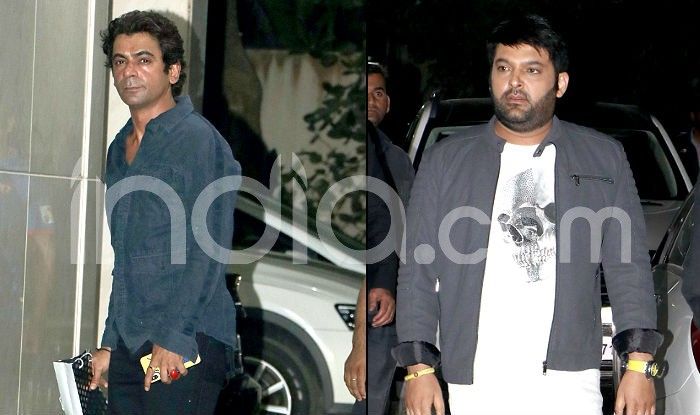 Meanwhile, Bharat is an official remake of Korean drama Ode to My Father. The tagline of the film, as mentioned on the posters, reads, ‘The Journey of a Man and a Nation Together.’ Directed by Ali Abbas Zafar, Bharat is slated to release on June 5, 2019. Apart from Salman, Katrina and Sunil, the film also stars Disha Patani. This is the very first time that Disha and Salman will be seen sharing screen space.

In an earlier interview, Disha shared her excitement on working with Salman Khan and said, “I am very happy as I did not expect this response. Of course, I want to look good with Salman sir.”

The trailer of the film released last month and garnered a lot of positive response from the audience. In the trailer, we get to see different avatars of Salman. Fans are now eagerly waiting for the film to hit theatres.