Bhopal: A Prayer for Rain director says we had moral obligation to represent truth

Presenting one of the world's worst industrial disasters on the big screen, especially when the incident is approaching its 30th anniversary, was not easy for director Ravi Kumar through his film "Bhopal: A Prayer for Rain" 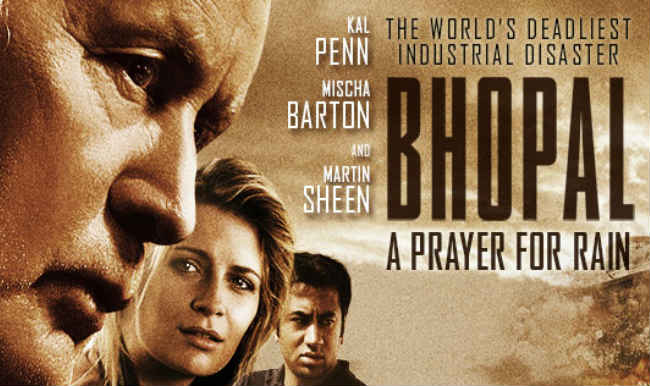 Also Read - 'Appoint me Executioner so That Nirbhaya Case Convicts Can be Hanged Soon', Man Writes to President Kovind

New Delhi, Nov 28: The Union Carbide pesticide plant in Bhopal spewed poisonous gas on the night of Dec 2-3, 1984, killing about 3,000 people instantly and thousands more over the years. Presenting one of the world’s worst industrial disasters on the big screen, especially when the incident is approaching its 30th anniversary, was not easy for director Ravi Kumar through his film “Bhopal: A Prayer for Rain”. The film hit screens in the US Nov 7 and is set to release in India Dec 5. Also Read - Shako Bentinidis to Continue as Wrestler Bajrang Punia's Coach

“In my opinion, the timing of the film’s release is irrelevant to the Bhopalis who rightly describe their suffering as the second tragedy, which may be worse than the disaster itself,” Ravi Kumar told IANS in an interview. Thousands were injured and maimed, many suffering lung cancer, kidney failure, liver disease and eye disorders after coming into contact with methyl isocyanate (MIC). Warren Anderson, the former CEO of Union Carbide Corp (UCC), the chemical plant in Bhopal that let out the massive toxic gas leak, died Sep 29 in Florida. Legendary actor Martin Sheen plays Anderson in the film, which was lauded at a special screening in Manhattan Sep 18. Also Read - Hindus, Sikhs in Pakistan's Khyber Pakhtunkhwa to get cremation grounds

Jointly produced by Sahara Movie Studios and Rising Star Entertainment, the social thriller had a special screening at the youth assembly in the United Nations. The director feels that youth hold a huge responsibility to bring a change in society, and that is what he is aiming at. “When we screened the earlier version of the film, few young people thought it was a great story. We had to add new footage and statistics to establish that this is a real story,” said Kumar. Ravi Kumar, who had previously directed 2006 release “Guilty Hearts”, hopes other filmmakers also make movies on “true stories like Bhopal”, but feels that “the film industry is famously risk averse and usually prefers a beaten track of commercial movies.”

Making a film that takes its inspiration from real life was not easy for Ravi Kumar. “I read an excellent book by Sanjoy Hazarika, in which few pages were like a thriller… We wrote it like a thriller and later added emotional and moral dilemmas to add depth to the story (of the film),” he said. He “undertook in-depth research” by analysing Carbide documents, court proceedings, survivors’ testimony and forensic evidence from medical records. “We knew we had a moral obligation to represent the truth,” added the director, whose film reportedly came under attack from several NGOs.

But he is unperturbed as he admits he was aware of the complications and controversies that come with such issue-based films. “We’re aware that we are microscoped by everyone-the survivor groups, the NGOs who support action against multinationals and above all the discerning audience. This is the reason we spent years researching, refining and amending the script and the film,” said Kumar, adding that it “would have been much easier to make a commercial film”.

He is now in talks with international distributors to release it in other countries. Kumar wanted to shoot the film at real locations in Bhopal, but “there’s little infrastructure for a big film like ‘…A Prayer For Rain’.” “We chose Hyderabad as it could be described as Bhopal’s twin city with its Mughal influence and architecture. Of course, we shot streets and cafes and the Carbide plant in Bhopal for authenticity,” he said.

Apart from Sheen, Hollywood actress Mischa Barton, Indian American actor Kal Penn and Indian artists Raajpal Yadav and Tannishtha Chatterjee feature in the cast. Ravi Kumar says that all the actors were convinced with the “strong script of the film” and he knew who all he wanted in his film since inception. “For the US actors, the strong script was the main attraction-as they told us later on-and convincing them to come to India became somewhat easier for the producers.

“Sheen was always our first choice due to his advocacy of social justice and environment causes, apart from being a legend. Penn’s acting abilities fits perfectly he plays this ridiculous characters with absolute sincerity and is one of the few characters with an arc.” “Barton brings youth and naivete to the role when confronted by a smooth Anderson,” he said.” “Raajpal was the most difficult, and my only choice. His talent, warmth and innocence bind the whole story together,” said the director, who is also working on a comedy based in the US that according to him consists of a story “where everyone lives happily ever after and no one dies.”