Bhumi Pednekar Dances Her Heart Out With Ayushmann Khurrana on Her Birthday, Watch

Bhumi Pednekar shakes a leg to Aankh Maare along with Ayushmann Khurrana and the team of Pati Patni Aur Woh.

Bhumi is currently in Lucknow shooting for Patni Patni Aur Woh with Ananya and Kartik. The entire team took a break to celebrate Bhumi’s birthday. Bhumi took to Instagram to share pictures and videos from the night. Also Read - Badhaai Ho 2: Rajkummar Rao, Bhumi Pednekar Roped in For Second Installment, Film To Go On Floors in January 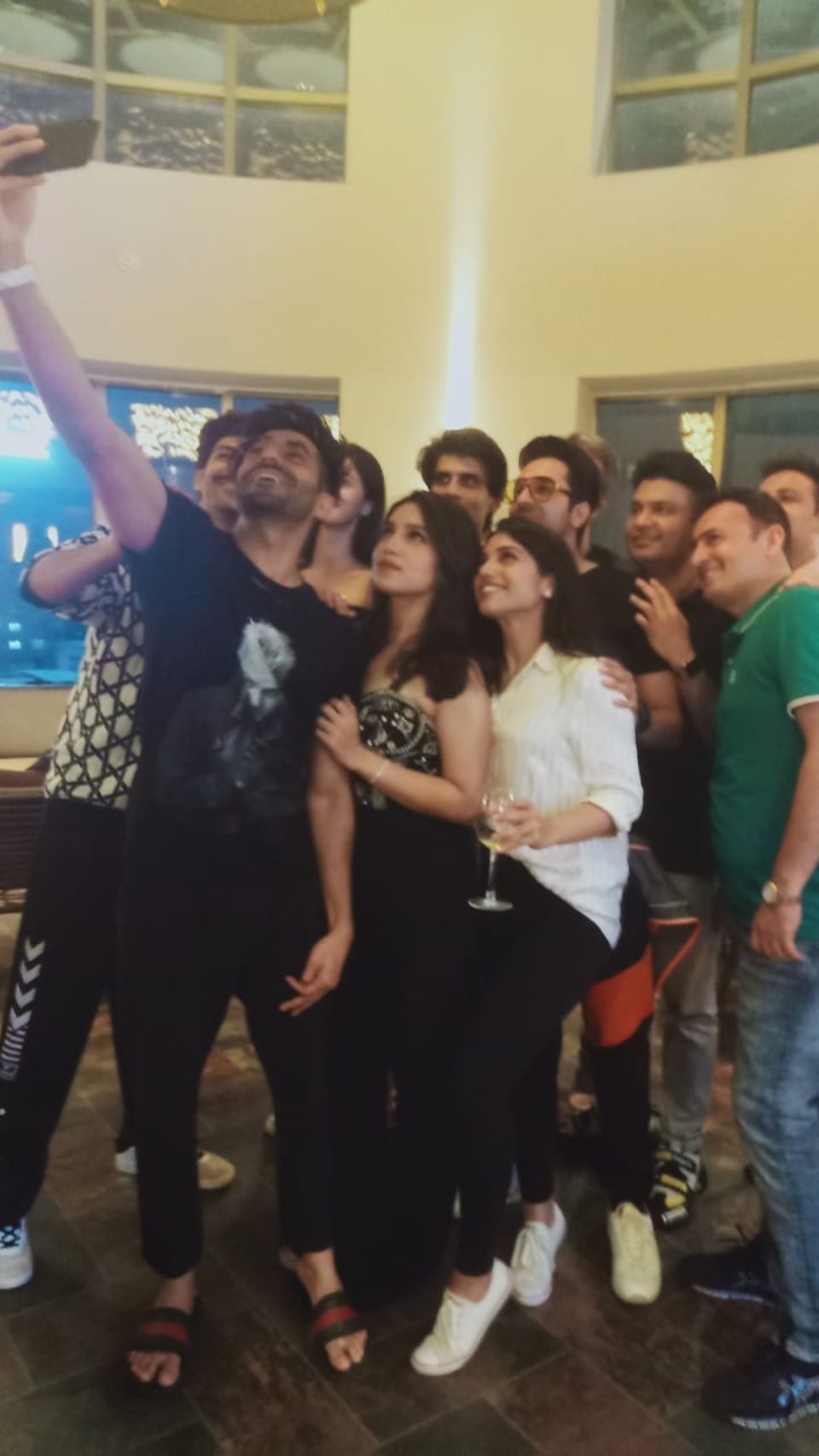 The actor is now awaiting the release of her latest film Saand Ki Aank which is expected to hit the screens around Diwali this year. Also Read - On Kishore Kumar’s Death Anniversary, Ayushmann Khurrana Thanks Playback Singer For Giving Him Confidence to Carry Off Unusual Roles

While the actor will be seen playing the role of a dusky small-town girl at odds with a society that is obsessed with fair skin in Bala, she will be portraying a character close to her real self in Pati, Patni Aur Wo. “The character I play in ‘Pati Patni Aur Woh’ is close to what I am in real life,” Bhumi said in a statement.

“She is extremely confident; she has got this sensual energy about her which stays back with you. She has an impact on people. She is a young girl, she has ambition, she wants bigger things in life. So, these are characteristics about her that I really identify with,” Bhumi further revealed about her character.

Pati Patni Aur Woh is a remake of a 1978 film with the same title and is being directed by Mudassar Aziz. The film is slated to release on December 6.

Bhumi was recently seen in the crime drama Son Chiriya where she transformed herself to play the role of a small town villager from Chambal valley. She will also be seen in Saandh Ki Aankh where she plays the role of the world’s oldest sharpshooter