Bigg Boss 11 Eliminated Contestant Benafsha Soonawalla: I Will Speak To Divya Agarwal And Clear All Her Doubts About Me And Priyank Sharma – Exclusive

Benafsha Soonawalla has been evicted from the Bigg Boss 11 house.

Did it not come as a shock to you, when Salman Khan announced that VJ Benafsha Soonawalla has to bid adieu to Bigg Boss 11? Benafsha, who was nominated along with Hina Khan and Sapna Chaudhary, has been evicted from the Bigg Boss 11 house. This young Parsi girl began her career as MTV VJ and was also seen in MTV Roadies X4 (2016). Post her stint in Roadies, she went on to host MTV Campus Diaries. This petite lass is quite active on social media. Her Instagram account has many hot and sensuous pictures; Ben’s Instagram account is something to be opened with caution. The sexy lass entered the Bigg Boss house to spread laughter but kept a low profile in the initial days. She woke up from her deep slumber after Salman Khan warned her about her performance. Well, in an exclusive interview with India.com, Benafsha spoke about her experience in the mad-house and gave us insights about her housemates. Excerpts from the interview. ALSO READ: (Bigg Boss 11 Eliminated Contestant Mehjabi Siddiqui Calls Hina Khan Irritating, Benafsha Soonawalla Stinky And Sapna Chaudhary Fake – Exclusive)Also Read - Bigg Boss OTT Fame Divya Agarwal On Beau Varun Sood's Reaction: 'He Was Little Upset As Even He Left For KKK11'

Bigg Boss 11 was a wonderful experience. Whatever time I have spent there with my friends will always be remembered. There were a lot of good moments in the house. All of us together had a lot of fun and I have bagged some really good memories. I made some really good friends in the house and I even had a few ugly fights but I don’t hate or dislike anyone but love all of them. Also Read - Bigg Boss 14: Vikas Gupta Asks Parth Samthaan-Priyank Sharma to Apologise or Face Defamation Notice For Sexual Harassment Allegations

How long you think you would have survived in the Bigg Boss 11 house?

Way more ya. It’s was a very shocking thing that happened because of the weird nomination. I really wanted to stay for long in the Bigg Boss house.

Please tell us what relationship you share with your co-contestant Priyank Sharma, whatever was shown on TV, is there any truth to that?

With Priyank Sharma, it is pure friendship. I want all the rubbish rumours and ridiculous statements, that people are making, stop right away. I think it is heartless; my hope for humanity has completely vanished. Wait for at least one of us (Priyank or me) to come to you and clarify our ‘relationship with each other’ rather making assumptions and ruining it for us. It was all a joke when I said, “Accept kar le, mujhe pata hai tu mujhse bohot pyar karta hai” (Accept the fact that you love me, I know you do”) It should have been taken in a healthy way than linking us with each other. We were just trying to tease each other and have fun and nothing more than that. But unfortunately, things have been misunderstood. 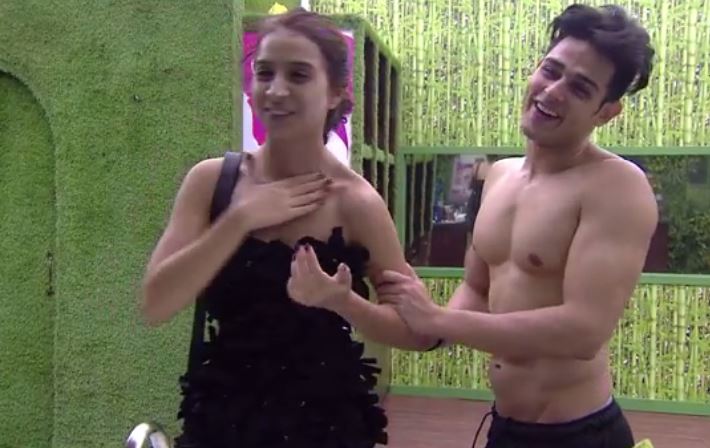 Could you elaborate on what had happened that night? Did you share a bed with Priyank Sharma?

Of course, I am very close to Priyank but only as a friend. Even when one of us kisses each other on the cheeks or hug each other, it’s just a friendly connection and honestly, we are not attracted to each other. Trust me, whatever people had been talking in the house was utter rubbish. They were saying things like Priyank Sharma and Benafsha Soonawalla shared a bed, but it wasn’t true. Yes, I did go because Priyank needed a friend and as any good friend, I was just being emotionally supportive. But then, later in the night, I went back to my bed and not spend the entire night sleeping next to Priyank of course. But the way people in the house had put that across and made it seem like something else, it just baffled me and I really did not expect this from them.

Since you and Priyank shared a very good bond, the former’s relationship with Divya Agarwal has been sabotaged. Do you have anything to say to Divya and fans?

I will definitely speak to Divya about it. I will speak to her and clear all her doubts. Also, about that Hina making a statement about Priyank’s past relationship was just for fun. It wasn’t intentional or anything. We all were just randomly talking about things, joking about his ex-girlfriends and a lot of other things but looks like it came out as something else, landing him in trouble. Mazak mazak me itni badi baatein ban gayi thi na (we were just pulling each other’s leg and having fun but things were portrayed very differently and seemed like it was a big deal), I can’t even explain it to you.

Divya in an interview had said that Varun Sood was getting too insecure and had been messaging and asking Divya what’s Priyank up to? Would you like to explain?

I am sure, Varun must have felt a little bad but he had also at the same time had given interviews to media regarding the same. He had clearly stated that he will not be impulsive but wait for me to come out of the house and explain it to him. I think, he said the right thing. This goes to prove that he has confidence in me and I am glad that he judged me right and for putting his trust in me because I am trustworthy. Varun trusted and I have not let him down either. This is what Divya should have done too but anyway, apna past experience hota hai insaan ke sath (maybe there had been some past experiences) so, I don’t know.

What’s up with regressive behaviour in the house?

I don’t know. Maybe it’s because Priyank was evicted in the first week itself and he was too hurt due to that, I guess. I am not quite sure if he has returned with a game plan to survive in the house but there were a lot of things that were running in his head, mind and heart, which has made him all negative. So maybe, he is just trying to vent out his frustrations rather letting it build inside him and entertain crap around him patiently.

Whom will you miss the most and why?

I think it is Vikas Gupta and Priyank Sharma. I will miss Vikas because he was very supportive throughout the show, he had always been there for me, whether or not he has lost his cool. Priyank Sharma was a genuine friend and so, I will miss him. Speaking of Hina, she was a good friend but when I discovered that she had been talking all bad about me behind my back, I lost respect for her. 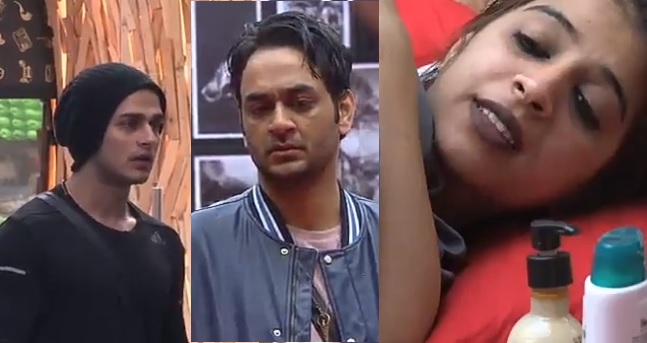 Who do you think is the most manipulative and who will last until the end, on the show?

Vikas Gupta. I love Vikas and I know he is one of the smartest players and he will be in the house until the end.

According to you, who is the smartest player and dumbest player in the house?

The smartest player in the house is Vikas Gupta and the dumbest, for now, is Luv Tyagi.

Which contestant did you dislike the most and why?

What are your future plans?

I don’t know ya. It’s just been a day that I am out of the Bigg Boss house. I don’t think about my future plans in a day’s time. There’s a lot that will come up, I am sure. Like, I want to take it slowly and positively.