Bigg Boss 11: Priyank Sharma Gets Into A Bikini On The Show

Scroll down to know why?

Amid all the fights and controversies, Bigg Boss inmates Hiten Tejwani and Priyank Sharma are all set to create a fun mood. While last night we saw how Luv Tyagi dresses up as a woman, dons a wig and put oranges on his breast, to make the robots Hina Khan, Hiten Tejwani, Priyank Sharma and Akash Dadlani laugh. Tonight the robots will get a chance to be on the other side, while Vikas Gupta, Arshi Khan, Shilpa Shinde and Luv Tyagi will be the robots. Also Read - Bigg Boss 14: Vikas Gupta Asks Parth Samthaan-Priyank Sharma to Apologise or Face Defamation Notice For Sexual Harassment Allegations

Priyank Sharma, who is one of the popular contestants in Bigg Boss 11 is all set to turn cross-dresser in Bigg Boss 11 house. Before you wonder why has Priyank donned a navy blue polka dot bikini and wig and what got him do that, let me tell you the MTV actor has sported a bikini to win the luxury budget task. This hot hunk turns crossdresser to make the robots (Vikas Gupta, Arshi Khan, Shilpa Shinde and Luv Tyagi) laugh. He will be seen flaunting his body with a blonde wig on Bigg Boss 11 tonight. ALSO READ: (Karan Patel Reacts To Reports Of Ekta Kapoor Being Angry With Him For Going On Bigg Boss 11) Also Read - Vikas Gupta Says 'Will Expose' Priyank Sharma, Parth Samthaan, Vikas Khokhlaa Through Legal Recourse 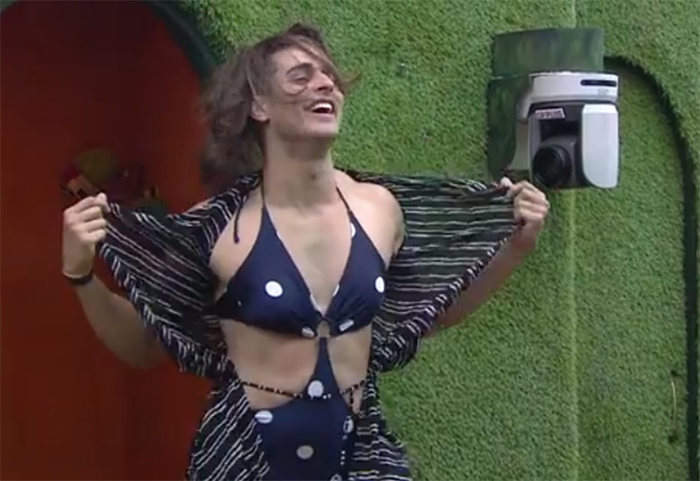 Also Read - Tandav Releases On February 15: Here's All You Need To Know About Its Characters 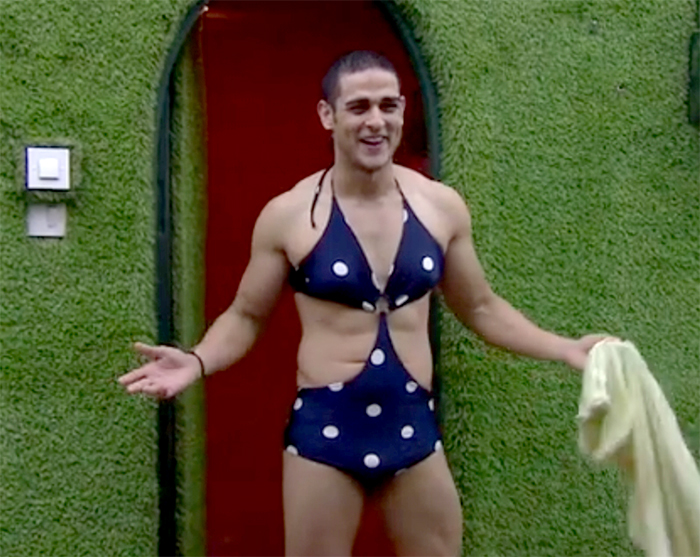 Priyank has once again proved it that he is a sport and does not shy away from doing this. Initially, he had gone bald for a task, where he was to save his co-contestant from nominations. Well, this time it is a luxury budget task. Going by the picture, I would say, Priyank looks really cute. More than the wig look, he looks cute when he takes off his wig and keeps the bald look. How did you find this look of Priyank? Let us know in the comment section below. Watch this space for more updates on Bigg Boss 11.