Bigg Boss wakes up the housemates with the famous song Lakdi ki Kathi.

The return of Anup Jalota and Sreesanth to the Bigg Boss house, and the jodis being split up has not made matters easy among the contestants. At the start of the show, Anup Jalota is seen reprimanding Jasleen Mathur for taking the game lightly, and later reprimanding Sourabh Patel for getting close to her. Both Jasleen and Sourabh feel bad when they come to know how the outside world is viewing their ‘friendship’. Also Read - S Sreesanth Returns After Seven-year Ban: Former India Pacer Set To Play In KCA President's Cup T20

Meanwhile, Sreesanth tells Srishty Rode that he was in the secret room with Anup, and then devises a plan with Shivashish Mishra and Karanvir Bohra to go against Dipika Kakar. Dipika on the other hand tries to make amends with Sreesanth and asks him why he is being cold towards her. Sreesanth tells her that he wanted to ignore her, but he respects her. Dipika ends up crying. Karanvir is busy making plans with Srishty during the night, telling her to be friends with Jasleen. Also Read - Anup Jalota Now Speaks on Sushant Singh Rajput Death Case, Says 'It's Not a National Security Issue' 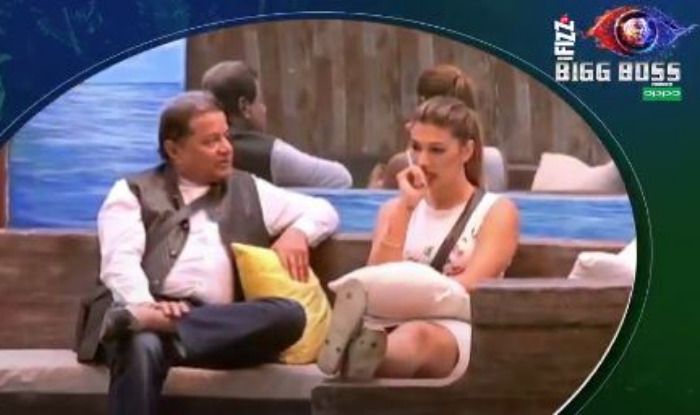 Also Read - Anup Jalota Comments on Jasleen Matharu's 'Glamorous Dressing', Says he Wouldn't Have Married Her Even at 35

On day 30, Bigg Boss wakes up the housemates with the famous song Lakdi ki Kathi indicating the new luxury budget task. He gives the housemates a task called Ghoda Gaadi, which involves two carts filled with carrots and a treadmill tied to it.

While Sourabh runs 2.19 kms for Deepak, Karanvir runs 2 kms for Dipika, but gets disqualified as the latter did not show the kms he had run to Deepak before erasing it from the treadmill. Surbhi Rana makes a deal with Dipika and runs 3.7 kms for her. 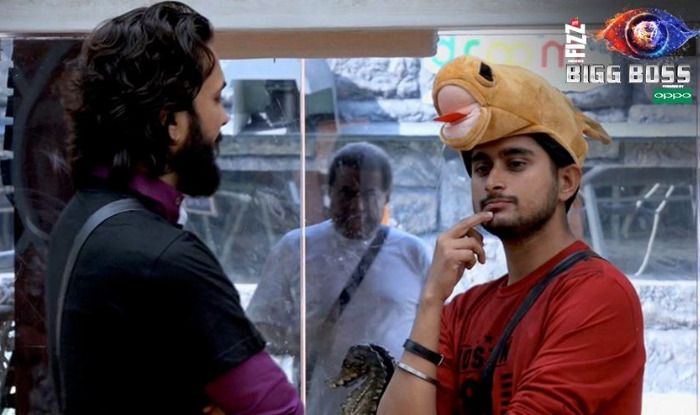 Then as Surbhi Rana and Romil Chaudhary get into an argument about not discussing their deals like they did before when they were partners. Jasleen and Saba steal Dipika’s carrots while she is talking to Srishty.

The matter went from bad to worse when Sreesanth sees Deepak with his towel. He tells Deepak not to use his towel and Romil steps in and asks Deepak to get a towel from inside the house.

Sreesanth then gets into an argument with Romil and abuses him, and when Romil tells him not to, Sreesnath gets angry and makes a run for the walls of the house. As he climbs the wall, the other contestants beg him not to and to come back down, but Sreesanth does not listen.

It remains to be seen if Sreesanth will finally get his wish to leave the house. So stay tuned for tomorrow’s episode.