Sreesanth is accused by the housemates of wanting all the attention to himself.

The Ghoda Gadi task that Bigg Boss gave contestants on day 30 has them up in arms, as they fight over who will win the most points. The task comes to an end on day one after Bigg Boss asks the reading of the treadmills from Deepak Thakur and Deepika Kakar. But the excitement does not end there as Sreesanth tries to make a break for the wall with the housemates running after him to try and talk sense and stop him.Also Read - Sreesanth Reveals Shocking Details Behind IPL Spot-Fixing Saga, Says 'Why Would I do it For Rs 10 Lakhs?'

In the night Deepak Thakur and Romil Choudhary are seen discussing who should be nominated for the captaincy. Deepak comes up with a strategy to win the Ghoda Gadi task. Romil and Deepak are ready to give all their carrots to Saba Khan so she could participate in the captaincy contest. Also Read - Sreesanth in IPL 2021 Chorus Grows After Kerala Pacer Picks Five Wickets Against Uttar Pradesh in Vijay Hazare Game

On day 31, the housemates are woken up from their sleep with the song Romeo Naam Mera, Chori Hai Kaam Mera, which could have been a hinting at Deepak’s strategy to win the task. As the day progresses, Dipika is seen getting friendly with Sreesanth, while Deepak tells Saba that Karanvir Bohra will run for Dipika. But Karanvir tells Jasleen Matharu that he wants to play for himself. Also Read - Vijay Hazare Trophy: Sreesanth Claims Five-Wicket Haul as Kerala Beat Uttar Pradesh

Meanwhile, Anup Jalota tells Shivashish Mishra that he and Jasleen are playing on their own without discussing with one another. Romil on the other hand feels Shivashish does not have the qualities to become a captain. 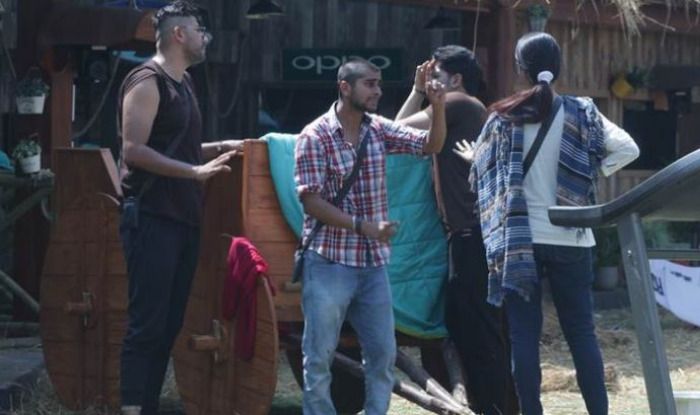 When the task begins, Deepak hides the horse cap of Dipika’s team, and he tells Surbhi Rana about it. She in turn tells him that he will be disqualified if he does it. Sreesanth comes to know about it and tells Deepak to return the cap, but the latter pretends like he does not know anything.

An angry Sreesanth starts running for Dipika without the cap, and Deepak tells him that he has to wear the cap if he walks on the treadmill. But Sreesanth does not listen and continues his walk, leading to Dipika telling him to stop, as the points will not be counted without the cap.

As Deepak continues to play the game, Karanvir and Dipika come up with an interesting plan to derail him. The plan was that she will wipe clean Deepak’s scoreboard, and she gets Urvashi Vani involved also. Dipika tries to erase the writing, but Deepak stands in front of the scoreboard and does not allow her. Deepak then decided to get his own back and erases the writing from Dipika’s scoreboard.

Dipika then tries to throw water on the scoreboard, but when Deepak stands in front of it, she throws the water on him instead. When matters started heating up, Sreesanth spits on Deepak’s board to erase his name, angering the rest of the housemates. Surbhi and Romil are both angry with Sreesanth and began berating him for what he had done. Surbhi feels that Sreesanth has lost it and that he needs help. 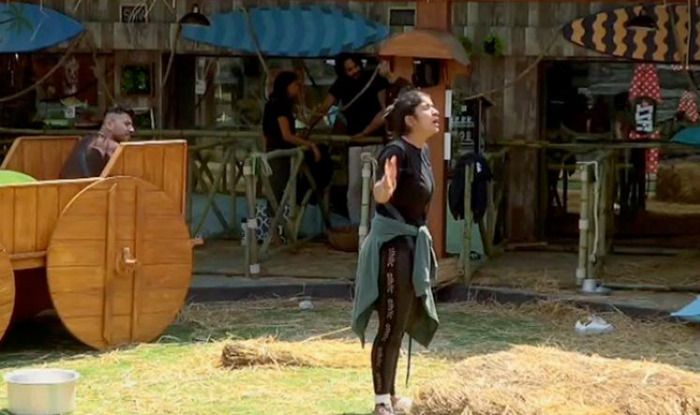 In reply, Sreesanth calls himself the villain of Bigg Boss 12, as Dipika tries to calm him down. Surbhi feels that he is doing all the drama just to get all the attention, and as the housemates quarrel with one another, Surbhi challenges Sreesanth to a face to face fight.

Many are disappointed and angry with Sreesanth for supporting Dipika, as he had been the one to instigate them against her. Jasleen says she no longer knows who is on whose side, and is finding it difficult to understand.

In the end Deepak and Dipika mutually decide that Sreesanth should be disqualified from the Ghoda Gaadi task. Tune in tomorrow to find out.