Salman Khan is back with another Weekend Ka Vaar and this time he has got a partner in crime- Govinda. He has joined him on the sets of the show to promote his upcoming release Fryday. The two is seen shaking a leg on their popular dance numbers and Govinda plays a few games with the contestants. On Saturday’s Weekend Ka Vaar, fans will get a special treat from Bigg Boss. Both the actors enter the house as contestants and live life as a normal contestant. Also Read - Anup Jalota Comments on Jasleen Matharu's 'Glamorous Dressing', Says he Wouldn't Have Married Her Even at 35

Salman Khan and Govinda wake up inside the Bigg Boss house. They arrange for breakfast for each other and then play the nomination game. The first one to be nominated by them is Shah Rukh Khan. As they were discussing nomination, Bigg Boss asks both of them to leave the house. Then they groove on a few numbers from their film. Also Read - Anup Jalota Reacts to His Viral Wedding Pictures With Jasleen Matharu, Says 'I Play Her Father' 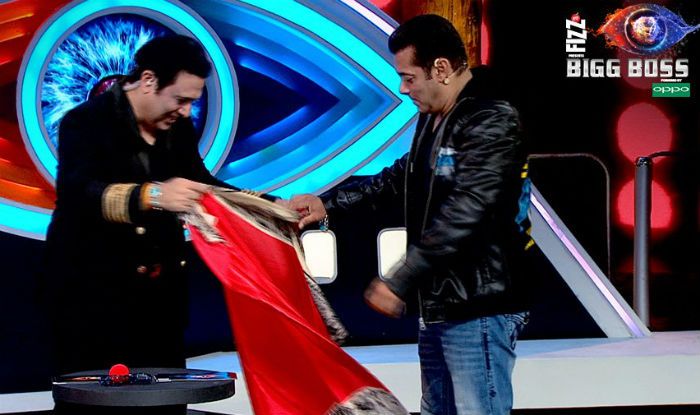 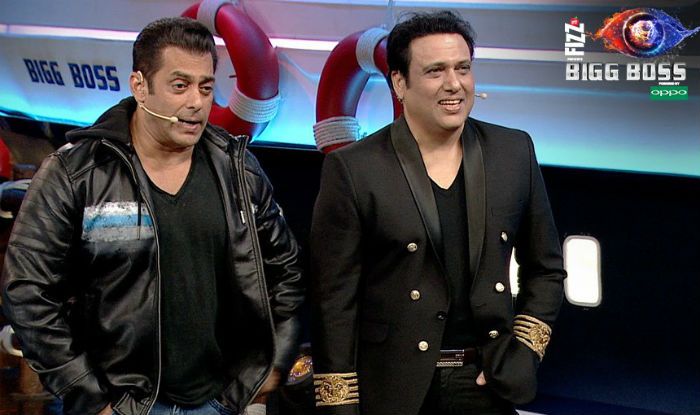 Salman Khan shows the audience the task which was performed inside the house this morning. The contestants had to apply ‘keechad’ or ‘chandan’ according to their preferences on the cutouts of Surbhi Rana and Romil Chaudhary. Dipika, Sreesanth and Srishty put keechad on Surbhi’s cutout and Urvashi and Shivashish poured ‘chandan’ on her cutout. 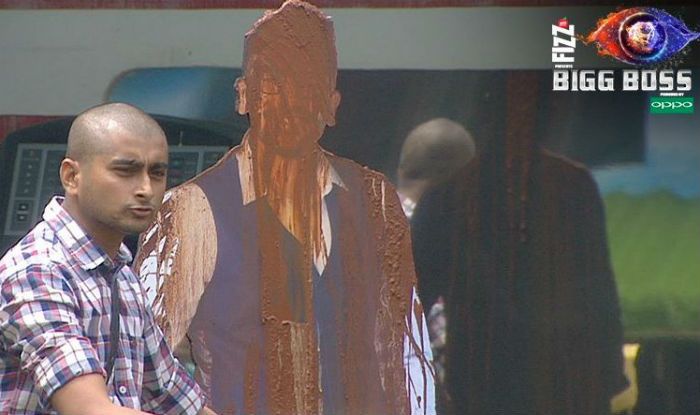 Govinda promotes his film Fryday with a surprising dialogue from the film. He also meets the contestants and tells them a few insults they could try the next time they get in a fight. Contestants in the house ace Govinda’s dialogues. Then, Govinda asks the housemates, “Who is the topibaaz in the house?” Everyone unanimously takes Romil’s name. Karanvir gives him the hat of ‘Topibaaz’. He also gets the ‘Top Ki Salaami’. In another task, the contestants have to play a salesman and sell their fellow contestants as a product. Surbhi sells Sreesanth as a pressure cooker and Dipika sells Surbhi as ‘Surbhi Bomb’. Deepak sells Jasleen as ‘Choori’ and Anup Jalota as ‘Kaddu’.