Bigg Boss 13: Asim Riaz reacts to all the allegations surfacing on social media claiming that Sidharth Shukla was a pre-decided winner of the season and the channel was biased towards him. Read on.

Ever since the makers announced Sidharth Shukla as the winner of Bigg Boss 13, the fans of Asim Riaz have not stopped blaming the channel for being biased towards the former. Several fan clubs of Asim termed Sidharth as the ‘fixed winner’ of the show and also alleged that the makers tried to polish Sidharth’s image from aggressive and sexist to the one who played his game righteously and deservingly won the trophy. However, Asim himself doesn’t agree with this. Also Read - Bigg Boss 13 Grand Finale: Sidharth Shukla's Fans Rejoice After he Emerges as The Winner, Trends #SidharthShuklaForTheWin

While his fans have not stopped using hashtags like #FixedWinnerSidharth, #PublicKaWinner (for Asim) and #BoycottColorsTV on Twitter, Asim thinks that the channel did not hamper with the votes. In his latest interaction with ABP News, the first runner-up of the season mentioned that there’s no ‘fixed winner’ and everything that happened during the Grand Finale was ‘real.’ He thanked the audience for the love and said it’s all because of them that he was able to reach so far in the game. Also Read - Bigg Boss 13 Grand Finale: Rashami Desai Gets Evicted From The House, Wants Asim Riaz to Win The Show 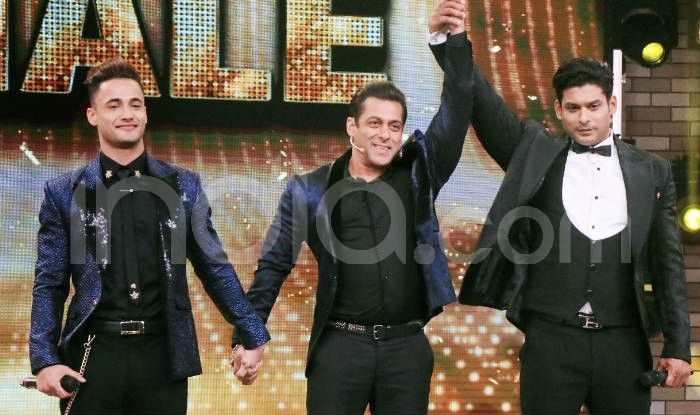 Both Asim and Sidharth were two of the most popular contestants this season apart from Shehnaaz Gill, who finished at number three, and Rashami Desai who came fourth. While Paras Chhabra quit the show by taking an amount of Rs 10 lakh offered by Bigg Boss, Arti Singh was evicted at the fifth spot.

The rivalry between Asim and Sidharth remained one of the highest points in the latest season of the controversial reality show. While in the beginning of the show, they emerged as the best buddies, the relationship turned sour later and they were always found at the loggerheads during the rest of their stay inside the house. Their constant fights and tough competition also left the social media divided.

Do you still think it was a biased decision?