Asim Riaz and Himanshi Khurana’s love for each other inside the house is seen growing as the couple can be seen together spending quality time with each other.

Bigg Boss 13 first runner-up Asim Riaz, who has found immense popularity on the Salman Khan-hosted show, is having the best time of his life as fans, friends can now meet him. In videos and pictures shared by him and his brother show Asim is currently in Mumbai with Himanshi Khurana, Rashami Desai and Asim’s brother Umar Riaz. They all celebrate their stint in the BB house. Also Read - Shehnaaz Gill's Father Santokh Sukh Claims he is Innocent, Says 'Will Accept Being Hanged if Found 1% Guilty'

Asim and Himanshi’s love for each other inside the house is seen growing as the couple can be seen together spending quality time with each other.  The Kashmiri boy and Punjabi girl make fans go crazy for  #AsiManshi as they got clicked for a mushy pose. A picture of the duo is doing rounds on the social media where Asim and Himanshi are seen sharing a romantic and cosy moment together as they’re locked in a room together. They are seeing in other’s eyes and we can’t control the excitement of their togetherness. Also Read - Shehnaaz Gill's Father Santokh Sukh Breaks Silence on Rape Allegations Against Him, Says 'Woman Used to Call me Brother'

In one of the photos, Himanshi, Rashami and Asim can be seen posing for a selfie. The Bigg Boss 13 trio looked elated to be out of the house and enjoying an evening together. In another boomerang, we get to see Rashami, Asim and Umar Riaz trying to dance while Himanshi seems to be capturing them in the frame. Dressed in casuals, all the Bigg Boss 13 contestants seemed to be getting along just fine outside the house as they did inside. Also Read - Shehnaaz Gill's Father Santokh Sukh Accused of Raping a Woman on Gunpoint in Beas, Shehbaz Denies The Claims

Have a look here: 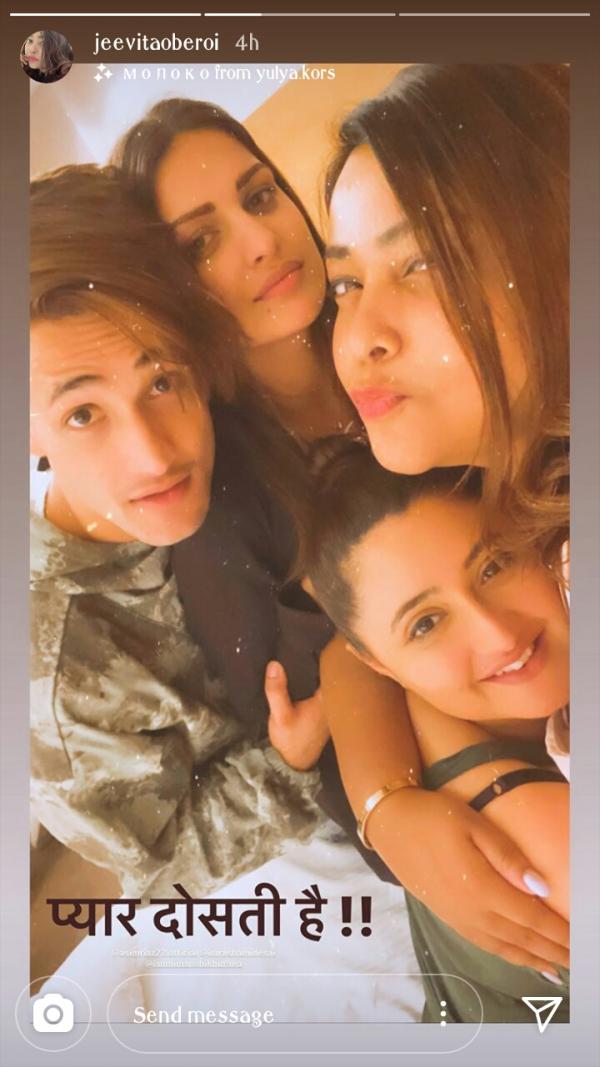 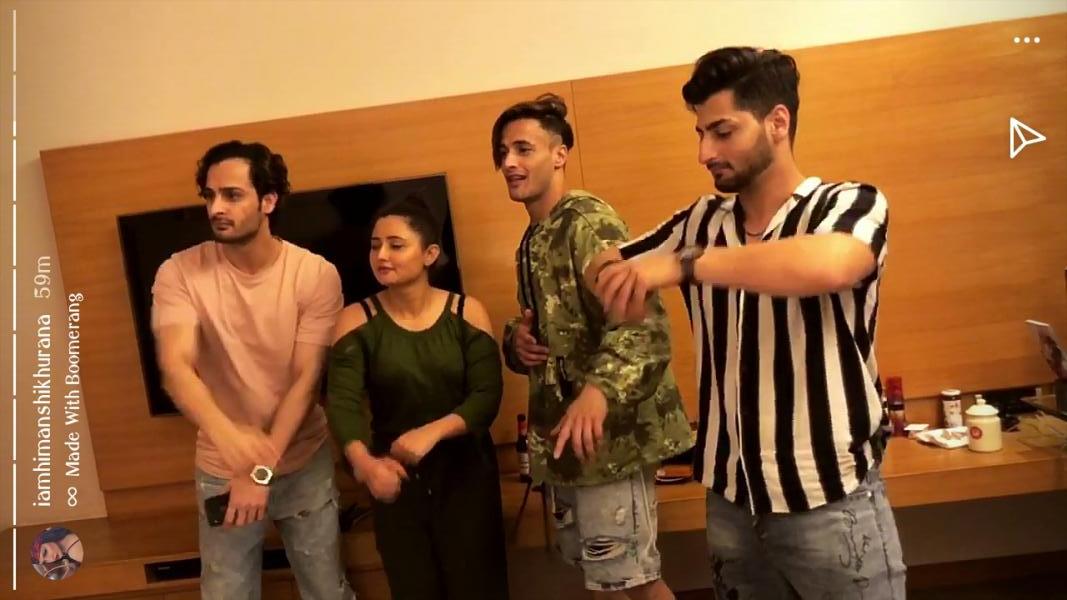 Several fan clubs of Asim termed Sidharth as the ‘fixed winner’ of the show and also alleged that the makers tried to polish Sidharth’s image from aggressive and sexist to the one who played his game righteously and deservingly won the trophy. However, Asim himself doesn’t agree with this. He said, “Kuch bhi aisa nahi hai. Fixed kuch bhi nahi hota…audience ke pyaar ki wajah se main yahaan tak pahuncha aur woh (Sidharth) bhi jeeta hai. So, fixed kuch nahi hai… it’s just real. Jo hai saamne hai toh aisa kuch bhi nahin tha.” (There’s nothing like that. Nothing is ‘fixed’ on the show. I reached so far only because of the audience’s love and even Sidharth became the winner because he got love from the audience. There’s nothing fixed… everything is real).