Bigg Boss 13: Evicted Contestant Arhaan Khan Upset With Channel For Bringing Out His Past

Here's what Arhaan Khan said after coming out of Bigg Boss 13. He reveals that he isn't upset with Salman Khan but the channel should not have taken out issues from his past.

Actor Arhaan Khan, who entered Bigg Boss 13 twice as a wild card contestant, expressed his disappointment with Colors TV for cashing-in on his past. In his latest interview with an entertainment portal, the actor spoke out on his past relationship and his current bonding with Rashami Desai. Arhaan said he regrets that the channel decided to bring up things from his past without thinking that this would affect his personal life outside the house.Also Read - Bigg Boss 12 Contestant Nehha Pendse's Pre-Wedding Puja Photos: Actor Wears Saree And Flashes Million-Dollar Smile

Arhaan had entered the show to propose to Rashami for marriage. However, in an episode, host Salman Khan, in his attempt to show care for Rashami, told her that Arhaan was married and had a kid from his now-divorced wife. This shocked her and she revealed that she was never privy to this information despite being close to Arhaan for a long time. Also Read - Bigg Boss 13: Watch What New Year Resolution Asim Riaz-Arhaan Khan Give to Siddharth Shukla in Task

Now Arhaan talked to Bollywood Life after bidding adieu to the show and said he himself wanted to open the pandora box of his life in front of Rashami but never wanted to put it out for public feeding. He said they had a conversation about it where he revealed to Rashami that he was married before and that marriage didn’t last for more than six months. Arhaan, however, accepted that he kept the news of the kid hidden from the woman because he was in search of the right time. Arhaan was quoted saying, “It’s too personal for me to talk about. She (his ex-wife) is settled abroad with her family and my son is five. She has started life afresh and is engaged to somebody now. Rashami wasn’t really aware of it, though I had given her a hint. We had decided that we won’t bring our past in between us.” Also Read - Bigg Boss 13: Rashami Desai Followed Siddharth Shukla to Goa? Former Calls Him 'a Dog'

The actor then mentioned that both he and Rashami made a pact that they won’t focus on their past lives in shaping up their future. He added that he intended to reveal everything to her during the course of the show but ‘ekdum se bomb phoota.’ 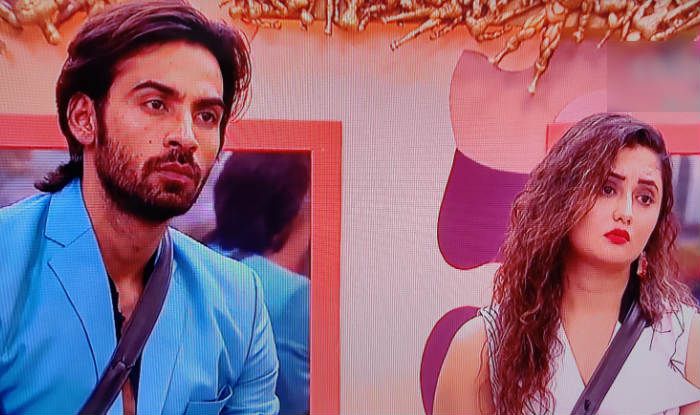 The actor asserted that he wasn’t upset with Salman Khan because he considers him his idol but the channel should have taken a stand on not digging out someone’s past on national television. He said the channel always steered clear away from talking about personal life and past relationships in all other seasons than why was he not spared this time. “Rashami ki aankhein kholni thi (you needed to open Rashamai’s eyes), but not at the cost of my personal life. Even Devoleena Bhattacharjee, who came for a task, raked it up immediately after entering the house. That was wrong,” he said.

What do you think? Watch this space for all the latest updates on Bigg Boss 13!