Bigg Boss 13 contestant Arti Singh has wished her former boyfriend Ayaz Khan on his wedding anniversary. Taking to Instagram, she posted pictures wishing them on their special day. She posted an adorable picture of Ayaz and his wife Jannat and wrote, “Happy anniversary mere Doston …. @ayazkhan701 @jannatkhan1618.! May god bless you both and keeps both of you always happy. Love you both so so much!” (sic)Also Read - Arti Singh Says THIS on Krushna Abhishek's Reaction to Her 'Rape Attempt' Statement on Bigg Boss 13

Also Read - Bigg Boss 13 Grand Finale: Arti Singh Gets Evicted, Her Mother Enters The House to Take Her Outside

She shared another picture on Instagram stories where she called Ayaz and Jannat ‘Sirji and Madam’. In the picture, the couple can be seen enjoying their floating breakfast in the pool. 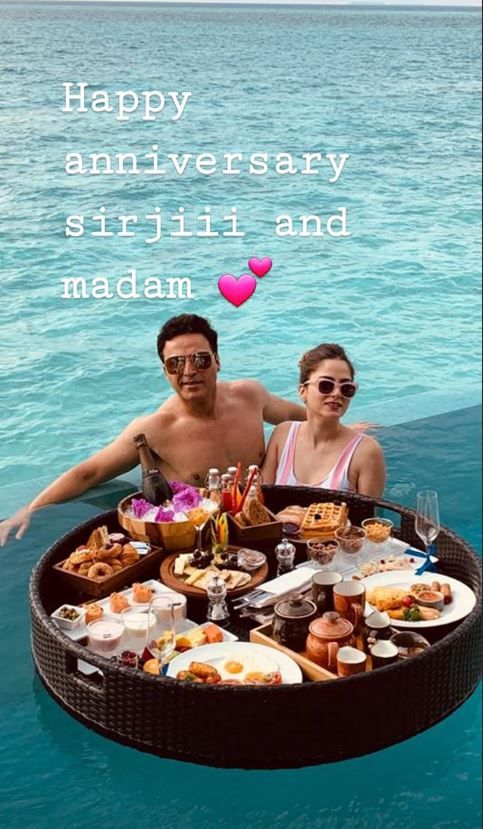 In the other picture, the duo can be seen clad in ethnic wear as they pose in front of a giant door. Sharing the post, she wrote, “Happy anniversary to my paglait… love you both. Itna sara likha darwaza chhup gaya now only u both can be seen. (I wrote so much that the text hid the door, now only you can be seen in the picture).” 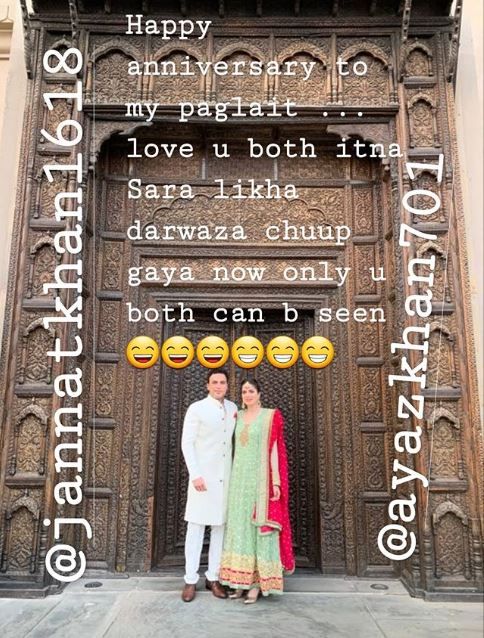 On a related note, Arti and Ayaz were in a relationship for three years but eventually broke up. Earlier talking to Times of India about their breakup, Arti said, “It’s strange that it took us three years to realise that we are two different people, who aren’t on the same page on many issues. We tried to salvage the relationship, but it wasn’t meant to be. Some friendships shouldn’t graduate to love or marriage. Having said that, we continue to be best friends and are there for each other. It’s unfortunate that we couldn’t become life partners.”