Hindustani Bhau's wife Ashwini has submitted a written complaint in Khar Police Station here regarding incorrect statements made against him on social media. Read the letter here.

Bigg Boss 13 contestant Hindustani Bhau‘s aka Vikas Fhatak wife Ashwini has submitted a written complaint in Khar Police Station here regarding incorrect statements made against him on social media. The handwritten letter dated November 24 reads that “many incorrect and fake messages, statements, videos are made against Hindustani Bhau. People are addressing themselves as family members, mentioning themselves as brothers, aunt, are no one to him. Our family includes my mother-in-law, my son, my mother, father, Hindustani Bhau’s nephew Sandesh”.Also Read - Devoleena Bhattacharje Breaks Down on TV While Talking About Boyfriend of 6-7 Years

“This letter is to inform you that in case any misconduct or misuse is done by any outside person, we are not responsible for the same. Ashwini also requested the media to not take interviews of the “fake relatives and not to upload wrong videos and messages against Vikas Fhatak which will create controversies”. Also Read - Shehnaaz Gill Should Not be Made to Remember Sidharth Shukla Everytime: Himanshi Khurana Expresses Concern 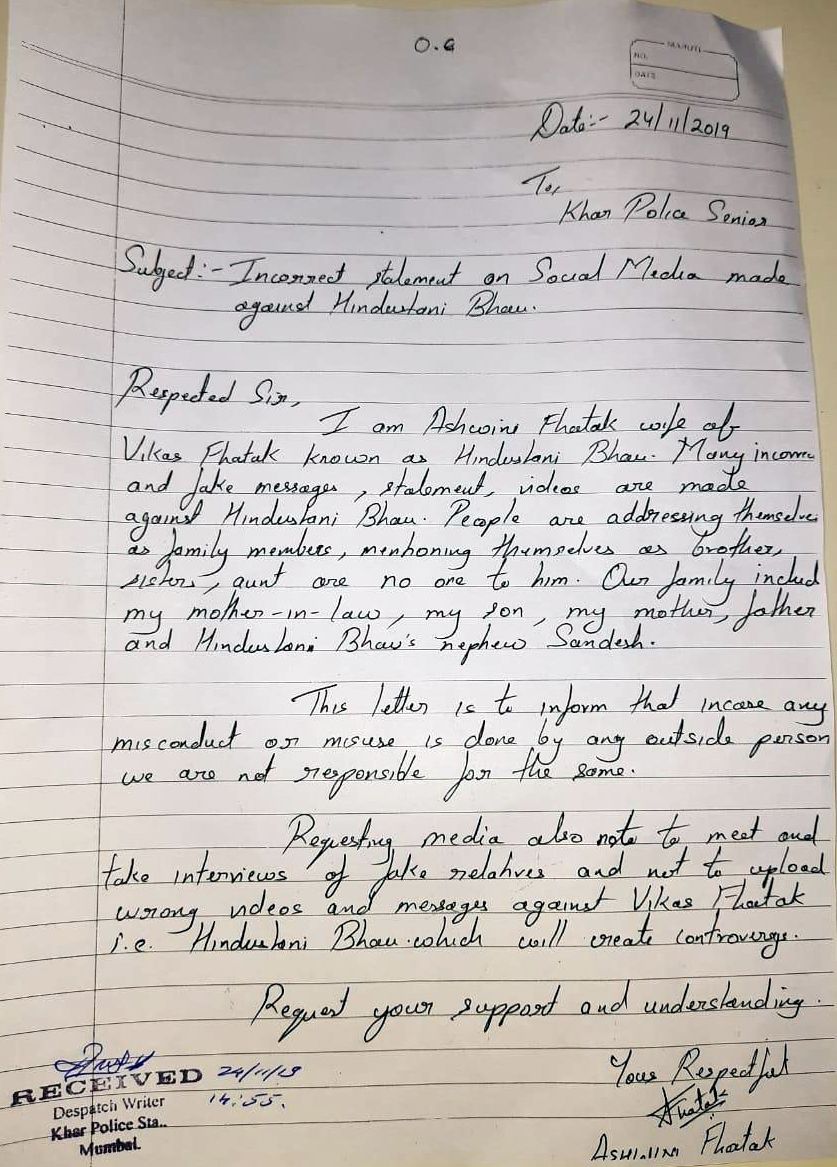 Hindustani Bhau is one of the contestants of the Salman Khan-hosted show that requires its participants to take up tasks, give up luxuries of life and stay in a house, especially built for the show, for a few weeks.