Here's all the drama from the latest episode of Bigg Boss 13. The three wild card entries which have already been introduced - Tehseen Poonawalla, Khesari Lal Yadav and Shefali Jariwalla play a task assigned by Bigg Boss.

Bigg Boss 13 day 34: The day begins with the tunes of ‘I am the best‘ song. Mahira Sharma and Asim Riaz get into an argument over things scattered inside the bathroom. Asim asks her to not speak about the duties that are assigned to him. Shefali Bagga argues with Rashami Desai and Devoleena Bhattacharjee over ‘daal‘ in the kitchen. Paras Chhabra points out at Arti Singh keeping her stuff unchecked here and there all the time. Arti, in turn, points out at Rashami’s clothes which have been lying in the garden area for days. Devoleena tells Arti that with her behaviour, it seems she’s targeting Rashami. Mahira tells Paras that he should also tell Rashami about keeping her clothes properly and not throw them unchecked in the washroom. Arti comes to talk to Rashami but she refuses to have any conversation.Also Read - Bigg Boss 13 October 31 Episode Highlights: Rashami Desai-Siddharth Shukla Had Court Marriage? Shehnaz Gill Pokes For Answers

Shefali argues with Rashami over calling her ‘insecure’. Paras tells Rashami that they are friends beyond this game and will always play together. Arti tells Siddharth, Asim, Shefali and Shehnaz Gill that she can’t stand Rashami for a moment and she’s going to behave annoyed with her for a few more days. Siddharth Shukla and Shehnaz have a discussion about Shehnaz’ diet as she says she wants to reduce weight and that’s why she won’t have dinner. She tells Siddharth ‘people like you only deserve the ovation of my little finger.’ Also Read - Kaanta Laga Fame Shefali Jariwala is Wild Card Entry in Bigg Boss 13, Check Hot Pictures And Know Everything About Her 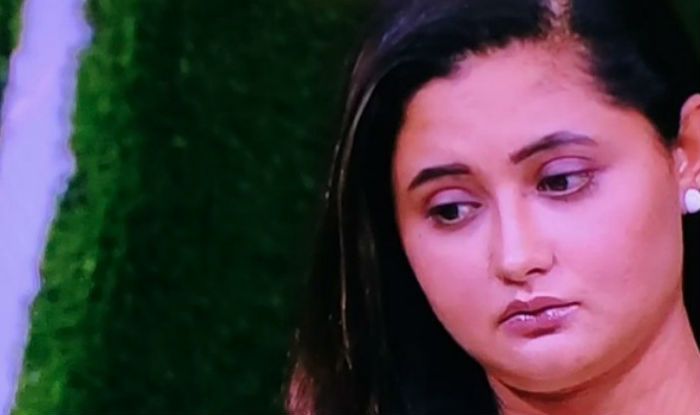 Shefali Jariwala, Tehseen Poonawala and Khesari Lal Yadav are given a task of ‘ranking’ by Bigg Boss. They are told that they need to change the ranking given by the housemates. ‘Dogla‘ – ‘Two-faced’ is the first adjective. Meanwhile, Shefali Jariwala reveals that she once dated Siddharth Shukla and she slams Rashami for not speaking out against Siddharth and trying to maintain a secret against him. Also Read - Bigg Boss 13 October 30 Episode Highlights: Kaanta Laga Fame Shefali Zariwala Enters, Shefali Bagga Gets Cold Feet

Ratings as per the housemates: 1- Rashami, 2-Paeas, 3-Devoleena, 4-Arti, 5-Shehnaz, 6-Shefali, 7-Asim, 8-Mahira, 9-Siddharth. The wold cards change the ratings and put Paras on the top. 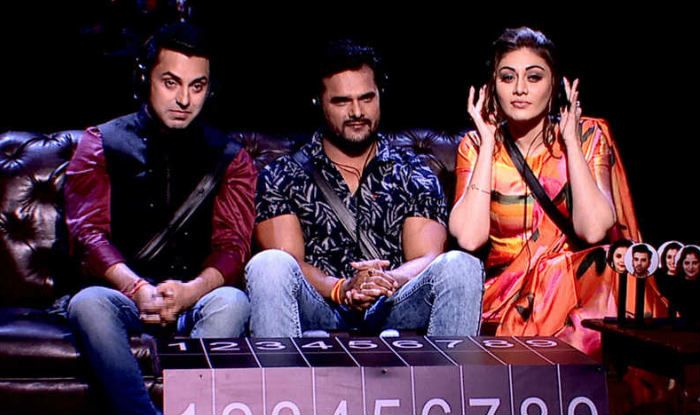 Devoleena and Rashami discuss the rankings. The former tells the latter that it was just a task and no one should take the rankings to the heart. Bigg Boss now asks the contestants to rank each other on the basis of ‘who is deserving of staying in the show’. Rankings as per the wild cards: 9-Paras Chhabra, 8-Siddharth Shukla, 7-Shehnaz Gill, 6-Rashami Desai, 5-Asim Riaz, 4-Mahira Sharma, 3-Devoleena Bhattacharjee, 2-Shefali, 1-Arti Singh. 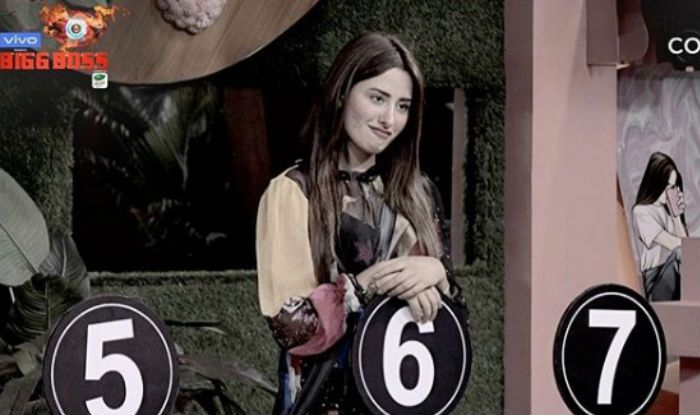 The precap of the next episode shows the official entries of wild card contestants in the house and Gauahar Khan appearing as the special guest to question the new contestants about their presence in the show. Watch out this space for all the latest updates on Bigg Boss 13!