Here's all the drama from the latest episode of Bigg Boss 13. More than half of the house gets nominated. Siddharth Shukla's aggression takes his fight with Mahira Sharma to another level.

Bigg Boss 13 Day 35: Siddharth Shukla, Asim Riaz and Arti Singh discuss the new contestants in the house. Shehnaz Gill discusses her controversy with Himanshi Khurana with Siddharth, Arti and Asim. She reveals how things unfolded between her and Himanshi and how it led to the big fight. Shehnaz also claims that Himanshi spread rumours about her that forced her to make statements about her family members. Himanshi discusses Shehnaz’ behaviour upon her entry in the house with Shefali, Arti, Siddharth and Hindustani Bhau.Also Read - Bigg Boss 13’s Wild Card Entry Himanshi Khurana’s Hot Instagram Pictures Are Unmissable

Siddharth takes offense to Arhaan’s words in the kitchen when the latter asks him to chop onions for lunch and discusses that with Arti. Himanshi tells Shefali that she has no problem in performing any duty in the house even with Shehnaz. Hindustani Bhau makes fun of the way Paras walks. Siddharth asks Mahira to sit with him and makes him learn how to chop vegetables in the right manner. He makes sarcastic comments on Mahira. Also Read - Bigg Boss Telugu 3: Playback Singer Rahul Sipligunj Takes Home Winner's Trophy-Rs 50 Lakh Cash Prize 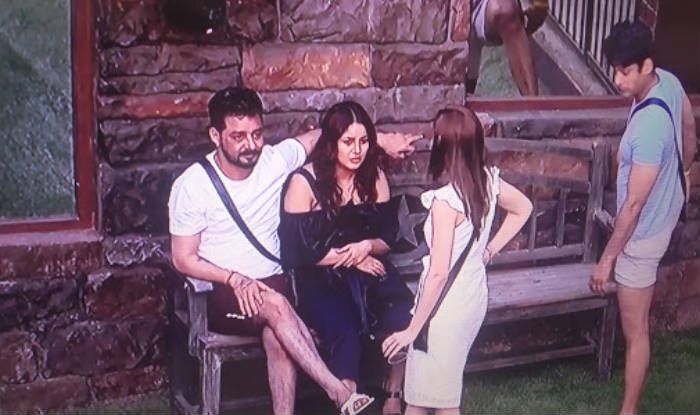 Shehnaz expresses how she wants to quit the game. Arti tries to make her understand that she should behave strong and not act like a kid. Shehnaz asks her to leave her alone. She requests Bigg Boss to call her in the confession room. Siddharth and Arti try to cheer her up. Shehnaz starts crying again. Also Read - Bigg Boss 13, Nov 3, First Finale Written Updates: Arti Singh Becomes Captain, Shehnaz Gill-Himanshi Khurana at Loggerheads

Hindustani Bhau asks Shehnaz to chill inside the pool. She agrees and both of them jump into the pool. Shefali joins them. Later, when Asim, Himanshi and Shefali are in the kitchen, Hindustani Bhau entertains them by making jokes on Tehseen Poonawalla. Mahira complaints about Siddharth to Arhaan and discusses how he is not performing his duties.

At night, Himanshi tells her side of the story to Arti, Shefali and Asim and reveals how Shehnaz went live on social media and made inappropriate statements about her and her parents. Arhaan discusses how he is not getting good vibes with Siddharth because he has shown a completely negative attitude towards him even though he came with the idea of befriending him. 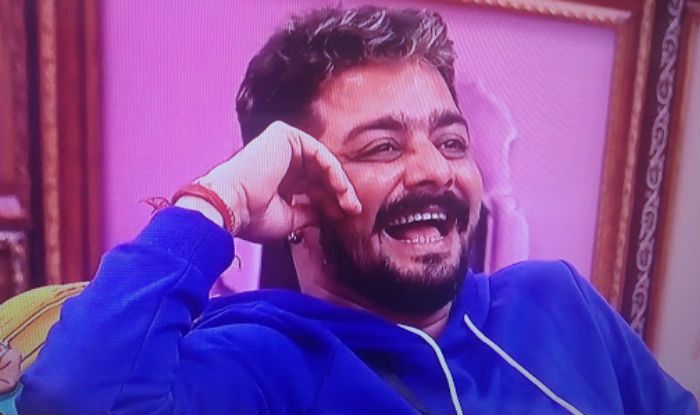 Shehnaz is seen trying to sleep on a couch. When Paras goes to her and asks her why she is not sharing the bed with Siddharth, she reveals she isn’t liking his attitude and feels he has started ignoring her. Siddharth and Asim discuss Shehnaz’ game in the house. Asim reveals to Siddharth what Himanshi revealed to him and others. Siddharth says he felt really disappointed seeing Shehnaz sharing bed with Paras. Asim tells him that he should stop giving so much footage to Shehnaz and just let her be. Asim tells Siddharth that Shehnaz is trying to take advantage of their bonding and she behaved inappropriately with Himanshi. Siddharth agrees.

Day 36 begins on the tunes of ‘Zingaat’. Arti goes to Shehnaz to ask about her changed behaviour. She tells her that she didn’t like her ‘biggest entertainer’ statement and felt it was a taunt. Arti tells her that she meant it in an positive way. Siddharth asks Arti to not go to Shehnaz because she has changed her attitude towards them. Himanshi tells all in front of Shehnaz that she is not ready to forget everything. Arti and Paras have an argument about flour. Arti asks Arhaan to make small-sized rotis but Paras disagrees. Arti and Paras get into an argument when the former calls her ‘gadhi‘.

Arti asks Shehnaz to perform her duty with Paras Chhabra. She takes offense. Later, Mahira and Siddharth get into an argument over their cooking duty. Mahira tells Siddharth that she’ll take care of the rest of the cooking and he can just chop all the vegetables. Siddhart taunts her and asks her to sit with him and teach him how to chop vegetables. This annoys Mahira who calls Arti inside. Arti keeps reiterating that both of them should cooperate with each other. She neither asks Siddharth to cooperate nor asks Mahira to divide duties properly. 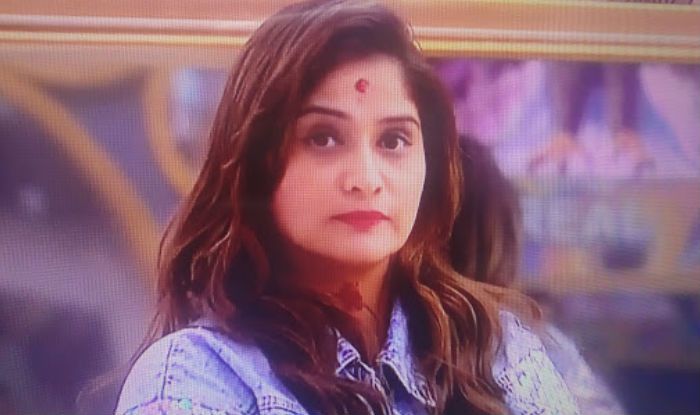 Bigg Boss announces the process of nomination. The new wild card entries are asked to pick two names from the old contestants to nominate. In the same way, the old contestants are asked to nominate two new contestants each. Siddharth nominates Arhaan and Khesari Lal Yadav. Paras nominates Shefali and Himanshi. Mahira nominates Shefali and Tehseen. Asim nominates Tehseen and Arhaan in the game. Shehnaz picks Hindustani Bhau and Shefali. Himanshi nominates Paras and Shehnaz. Shefali nominates Paras and Shehnaz. Arhaan takes Siddharth Shukla and Asim’s name. Asim and Siddharth get into an argument with Arhaan over the nominations.

The pre-cap of the next episode shows Bigg Boss evicting Siddharth as he pushes Mahira in aggression in the captaincy task.