Here's all the drama from the latest episode (October 21-2019) of Bigg Boss 13. Abu Malik gets evicted from the show but Paras Chhabra accuses Salman Khan of unnecessarily picking him in front of the contestants.

Salman asks Siddharth Shukla to dance on the tunes of Jhingaat. Dey and Shefali join him for the energetic dance performance. The host takes a dig at Asim’s curly hair. The actor plays an ‘invisible’ game in which he utters a statement and the contestant tries to identify who made that statement behind their back. Also Read - Bigg Boss 13, October 19 Weekend Ka Vaar Written Updates: Salman Khan Grills Siddhartha Dey, Saves Asim Riaz - Eviction on Monday 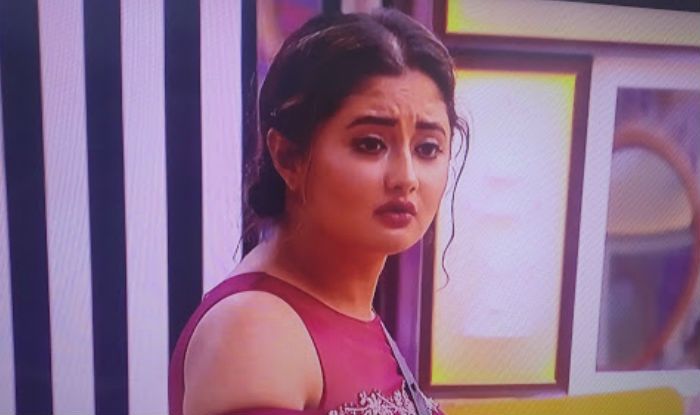 Shefali and Rashami get into an argument in which the former says that she is not scared to say anything against anyone. Devoleena and Arti discuss the statement that the former made and laugh it out. Paras and Siddharth discuss another statement and Arti joins the conversation.

Salman once again welcomes Mouni, Boman Irani and Rajkummar on the stage. Boman reveals that his brother-in-law is rooting for Shehnaz Gill in the house. The three actors meet the contestants through the Me-TV. Rajkummar mocks Shehnaz and entertains the audience. Mouni challenges Salman, Boman and Rajkummar with the ‘Odhni game’.

Salman once again meets the contestants and introduces a new game. He asks the male contestants to pick a doll with a respective female contestant’s name and dip it in the black paint if they feel that the particular woman doesn’t deserve to stay inside the house. Siddhartha Dey goes first and he picks Shehnaz’ doll. Siddharth Shukla picks the doll with the name of Mahira Sharma. He tells Salman that Mahira doesn’t talk sense. Asim picks Devoleena’s doll and dips in the black paint. He says Devoleena talks behind the back and becomes too aggressive in the game. Paras takes the doll with Arti’s name and accuses her of thinking wrongly about him. Abu Malik dips Rashami’s doll and blames her for scolding him wrongly in the game. After the game, Shefali wins the power card and the power to free any one contestant from his/ her household duty. Shefali takes Shehnaz’ name and frees her from her duty.

Siddharth Shukla goes inside to play the ‘shower game’. He takes his own name when Salman asks ‘who’s the most ‘badtameez‘ contestant inside the house’. When Salman asks him, ‘who gets targeted the most in the game’, Siddharth takes Asim’s name but the rest of the contestants feel otherwise and therefore, he gets the mud-shower. 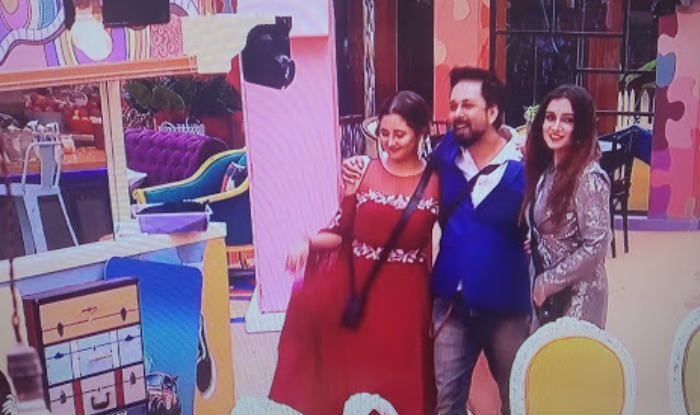 The next contestant to be going in is Devoleena. She also gets the mud-shower along with the blue paint shower after the next question. Shehnaz also gets the dirty showers.

Salman Khan saves Paras Chhabra. Now, he gives the power to save one male contestant to the six female contestants of the show. Devoleena wants Abu Malik to leave the show, Shehnaz takes Siddhartha’s name, Shefali follows Devoleena in taking Abu’s name. Rashami also takes Abu’s name. Mahira follows. Arti wants Siddhartha to go out of the show. Abu Malik gets the maximum votes and the singer leaves the house on a good note by crooning to his own song. 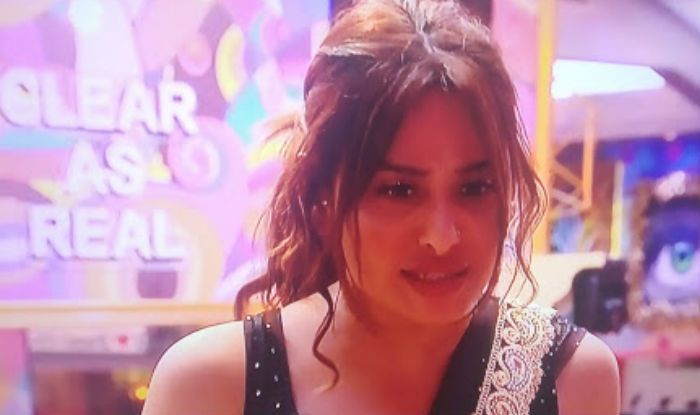 Rashami, Shefali and Siddhartha feel glad that the writer didn’t get evicted. Mahira and Asim get into an argument. Mahira tries to make him understand that she actually stands by him but he fails to understand. Mahira, Rashami and Paras discuss Siddharth Shukla at night.

Shefali and Rashami discuss how Siddharth Shukla has turned into a hero suddenly despite talking about others behind their backs. Rashami says that he bullies her.

Paras tells Mahira that he is quite furious with the question that the Vivo-Caller of the week asked him. He says he’s disappointed with Salman Khan because he is unnecessarily picking him for things he hasn’t done. He says he is ready to go out of the show if he is doing such wrong things. 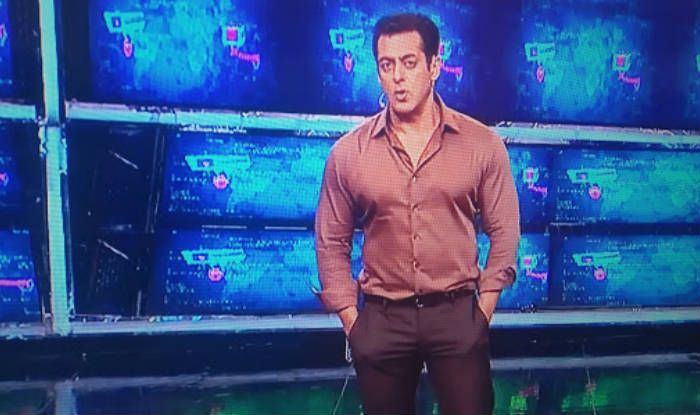 Shehnaz emulates Siddharth in a fun way. Paras points out how Arti’s things are always lying here and there. Shefali asks Arti to pick her things and keep them in the right place. Paras then points out how Shehnaz and Siddharth keep the washroom dirty. Arti and Devoleena also point at the shells of the dry-fruits that lie on the floor near Paras’ bed. They blame Paras for littering on the floor but when Arti goes to him to tell him to pick the shells from the floor, he refuses saying he didn’t eat any pistachios. This upsets Arti who tells him to not make statements like ‘Maa-Baap Ne Sanskar Nahi Diye’ in between the conversations.

Salman Khan reveals that even the audience voted against Abu who is now out of the house. Stay tuned to this space for all the latest updates on Bigg Boss 13!