Bigg Boss 14: Aly Goni Proposes on One Knee But Not to Jasmin Bhasin, Watch Shocking Video

Watch Aly Goni Proposing on One Knee to his lover. But it is Not to Jasmin Bhasin.

Bigg Boss 14 contestants Aly Goni and Jasmin Bhasin are madly in love with each other. The couple earlier portrayed their love as a friendship but later on the actors shared that they are in a relationship for 3 years. Jasmin had earlier said that they took time to understand their feelings for each other and now that they were away for such a long period, the adorable couple realised their feelings for each other. In a recent promo shared by the channel, Aly will be seen going down on ne knee to propose his lover. However, what made us shock was Aly didn’t propose Jasmin. Also Read - Eijaz Khan's Most Romantic Statement on Marrying Pavitra Punia After Leaving Bigg Boss 14

Who did Aly propose in the Bigg Boss 14 house? 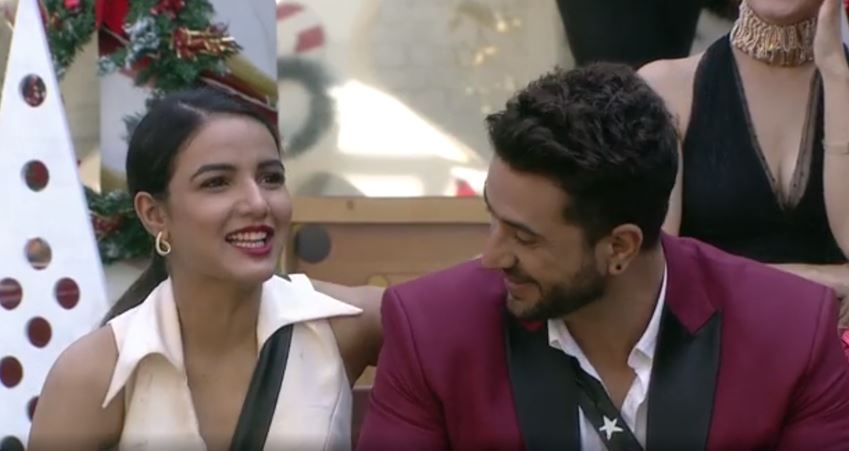 The promo video shows that Aly has a ring and he read a note where it’s written that he has to present this ring to someone whom he wants to unite as a couple ‘Ring unhe panaiye jiske sath ek bandhan mein bandana chahte hai’. On the other hand, the clip shows Jasmin all blushing, and waiting for Aly to give her the ring, but instead of Jasmin, Aly gave the ring to Rahul Vaidya. Also Read - TRP Report Week 2: Anupamaa Maintains Top Spot, Taarak Mehta Ka Ooltah Chashmah is Back in Top 5

In the promo, Aly walks up to Rahul to present him the ring. He goes down on one knee and puts the ring on his finger as the other contestants cheer and laugh. Rakhi Sawant sings, ‘Ma Da Ladla Bigad Gaya’.

It seems like a fun task but yes Aly will definitely propose to Jasmin after the show. Jasmin Bhasin’s mother Gurmeet Kaur Bhasin has opened up about her first reaction when she got to know about Jasmin and Aly. While speaking to Pinkvilla, her mother said, “Aly and Jasmin are best friends. Their bonding and understanding of each other is superb. Jasmin is an emotional person. Before Aly came into the house, Jasmin was all alone. She didn’t know anybody in the house. But after Aly’s entry, she has become stronger and doesn’t cry very often. ” Jasmin’s mother also said that they were hurt seeing Jasmin crying. She said, “I have faith in her, she is a strong girl who speaks her heart. She is not fake. She has a long way to go in Bigg Boss house. We as parents have always supported her and will continue doing so because we know that she will never let us down.”

It’s Christmas special episode on Bigg Boss 14 where all the contestants will play Secret Santa for each other. They even celebrated Salman Khan’s birthday and dedicated dance performances for the megastar.

Watch this space for more updates on Bigg Boss 14.