Bigg Boss 14 is on roll with a group of fresher and senior contestants. This year, the house has stars like Nikki Tamboli, Rubina Dilaik, Pavitra Punia, Jasmin Bhasin who will be seen dancing sensuously with a toofani senior Sidharth Shukla. The task is that the girls have to woo Sidharth to gain immunity. Also Read - Bigg Boss 14: Shehzad Deol Disappointed With Eviction, Says ‘Jaan Should be Eliminated Any Time’ 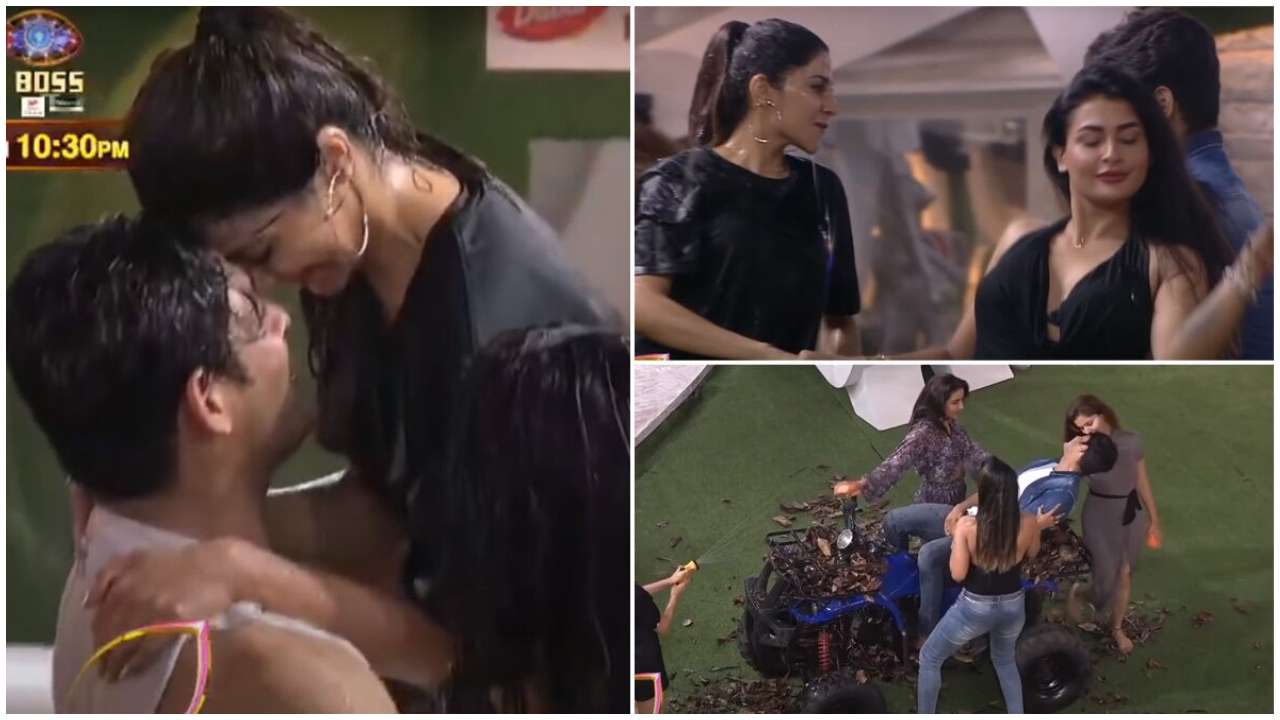 It’s Pavitra Punia and Nikki Tamboli’s rain dance video that is grabbing all the attention. The channel has posted a promo clip of what to expect tonight and we must say that it is super steaming hot. Not only this, the reaction of other housemates like Hina Khan, Gauahar Khan, Abhinav Shukla, Eijaz Khan and Jaan Kumar after seeing the dance goes viral. Also Read - Hina Khan Slays in Rs 33K Midi Dress, Leaves Netizens Mesmerised With Her stylish Look

Bigg Boss season 14 started on October 3. As of now, there are 11 contestants on the show including Rubina Dilaik and husband Abhinav Kohli, Eijaz Khan, Nishant Singh, Jasmin Bhasin, Pavitra Punia, Jaan Kumar Sanu, Nikki Tamboli, Shehzad Deol, Sara Gurpal and Rahul Vaidya. The three seniors in the show Hina Khan, Sidharth Shukla and Gauahar Khan will decide which contestant will be confirmed in the house.

Tonight’s episode is bound to raise the temperature.

Bigg Boss 14 airs Monday-Friday at 10.30 pm and Saturday-Sunday at 9 pm on Colors. Stay tuned to watch more updates on this.