Bigg Boss 14 contestant Sara Gurpal was evicted from the controversial show but she has been making news even after her elimination. After her eviction, viewers were not happy and thought it was an injustice to her to make her exit the house in the very first week. Now, it has emerged that there was a medical reason why Sara was evicted. As per the reports, Sara’s eyes were injured after the confirmed contestant Nikki Tamboli hurt her with acrylic nails during the immunity task. Also Read - Bigg Boss 14 October 31 Weekend Ka Vaar Episode: Salman Khan, Rubina Dilaik At Loggerheads

In the latest viral photo, her eye injury is very much visible and that is the reason she was evicted. During the immunity task, Sara was sitting on a bulldozer and Nikki was trying to unseat her and take her place. In the process, Nikki rubbed her face and ended up hurting Sara’s eyes. The footage was edited out from the episode, the contestants were heard talking about the incident. Also Read - Bigg Boss 14: Rubina Dilaik Slams Pavitra Punia For Having Reality Show Background, Says 'She Knows The Craft'

Check Out the picture here: 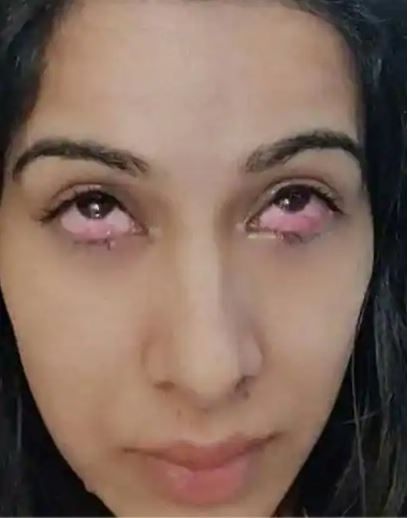 Eijaz Khan and ‘Toofani seniors’, Hina Khan, Gauahar Khan and Sisharth Shukla were heard discussing that she was unwell but did not complain rather played the game sportingly. According to reports, Sraa is being treated and is planning to return to her hometown.

VJ Andy tweeted about Sara’s eviction and wrote, “Sara could’ve developed into a very good housemate” and added that she did much more than Jaan and Nishant. Andy wrote in another tweet, “It’s so unfair that @SaraGurpals is the first Evicted @BiggBoss housemate. When will it be ok to be a good human? I think #NishantMalkani or #JaanKumarSanu should’ve gone!”

Meanwhile, the house is divided into two teams and each contestant is giving their best to win immunity this week.