Bigg Boss 14 Weekend Ka Vaar October 18 Episode: From Salman Lashing Out at Rubina To No Elimination This Week, Here Are The Major Highlights of The Show.

Salman Khan enters the stage and welcomes the audience on Bigg Boss 14 Weekend Ka Vaar episode. The Dabanng star announces that the weekend ka vaar episode will now air on Sunday and Monday instead of Saturday and Sunday. Salman shows the task where contestants are asked to tell according to them, who has more garbage in the head out of Nikki Tamboli and Rubina Dilaik but the latter denies doing the task as it disrespects her. Salman enters the house through video conferencing.Also Read - Bigg Boss 15: Devoleena Bhattacharjee Eliminated During Weekend Ka Vaar? Here's What Reports Claim

Here are the major highlights of the show:

Salman Khan tries to explain to Rubina Dilaik that she can’t go against the format of the show and if she does not have the clothes, she can at least get ready for the Weekend episode with whatever she has. The Radhe star says that Abhinav did not give up his immunity for her and she failed in two tasks, which is why she doesn’t have her clothes. He then goes on to explain to her that ‘mind mein kachra’ task is not about disrespecting her but it is about sorting out the misunderstandings. Rubina responds that she finds it disrespectful when Bigg Boss said that Rubina has the Kachra in her mind and the contestants will tell her what is the ‘kachra’. Gauahar Khan and Hina Khan say that she is in a wrong show and she should never deny doing any task. Rubina sticks to her point that she found the task derogatory and Salman tells her that she is wrong. Also Read - Salman Khan Objects to Neighbour Commenting on His Religion: 'My Father is Muslim, Mother is Hindu, Brothers Married Hindus' - Defamation Case Update 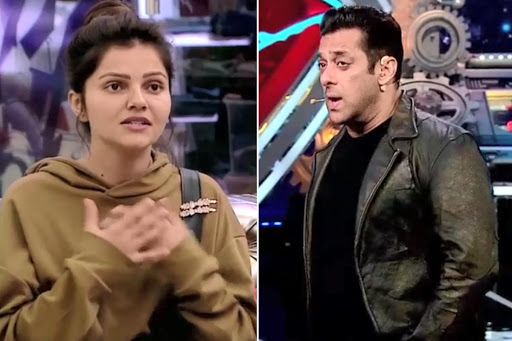 Salman says that she doesn’t agree with Jasmin Bhasin and Rubina Dilaik’s point of view and asks her what slang did she use. Shehzad interrupts that she has given worse slangs and the host asks him about the time when he used a word that is not even a slang. Shehzad says that he apologised about it immediately.

Salman Asks Jaan Kumar About His Equation With Nikki Tamboli:

Salman asks Jaan Kumar about his equation with Nikki Tamboli and he clarifies that she is his second friend in the house. Jaan says that she can’t support Nikki when she is wrong but rather want to tell her that she has the pride after becoming a confirmed contestant. 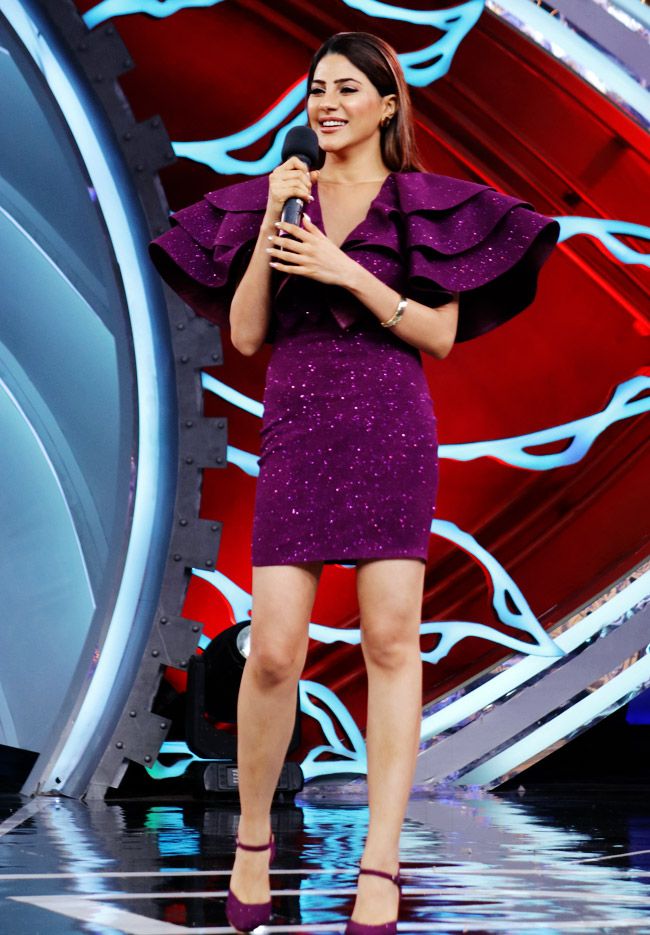 Salman Khan lauds Jasmin Bhasin for showing her true personality. She goes on to slam Nikki Tamboli for her behaviour and slanging others on the show.

Salman Lauds Rahul Vaidya For Performing Well In The Tasks:

Salman Khan lauds Rahul Vaidya for performing really well in the tasks and entertaining the audience.

Eijaz Khan says that she has a superiority complex but she does share a cordial bond with Abhinav Shukla. Rubina clarifies that she has a personal problem with him as he has a dual personality. She says that he can flip and do anything to win the show. 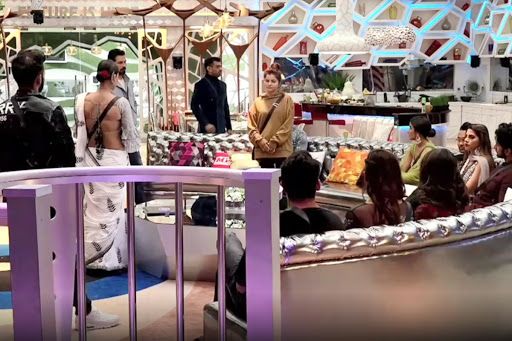 Rubina Dilaik accuses Pavitra Punia of misunderstanding her. Pavitra clarifies that she was talking to a contestant of the show, Abhinav, and not her husband. Salman interrupts Rubina and says that she did stop Abhinav from talking to Pavitra and it was quite evident. Hina also says that the husband-wife thing should not come between the game as everyone in the house are a contestant of the show. 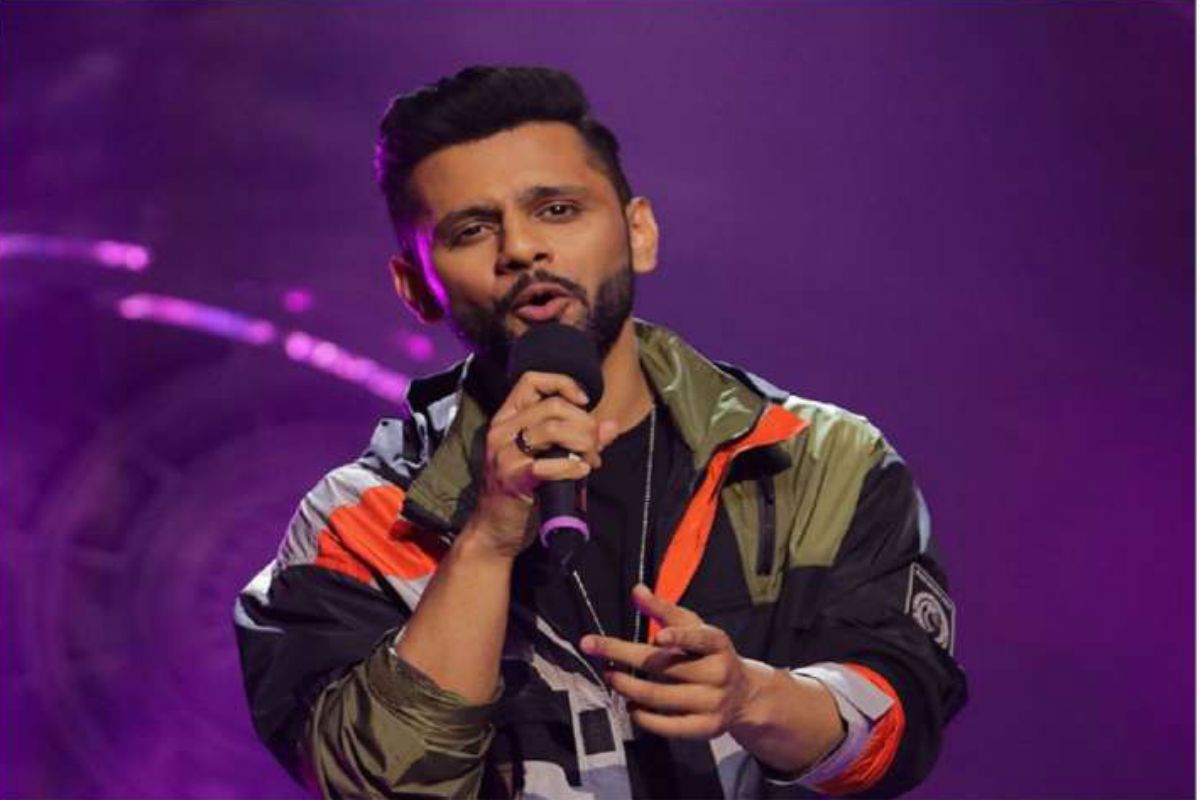 Rubina Dilaik accuses Rahul Vaidya of his confusion over picking up things that were sorted out in the last week when Rahul gave Rubina Ms Confusion tag. 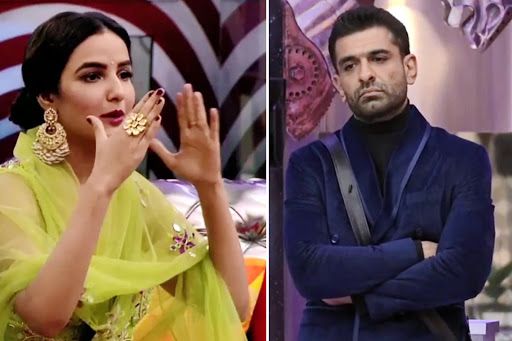 Jasmin Bhasin accuses Eijaz Khan of physically intimidating others in the task. She reveals that during the farmland task, Eijaz came very close to her making her uncomfortable, and crossed his line. She says that she saw a different trait of his personality and she did not expect the same from him. Eijaz defends himself and says that he uses the psychological tactics to win the game. Salman says that if she was uncomfortable, she should move back, and if he comes to her again then there is a problem. 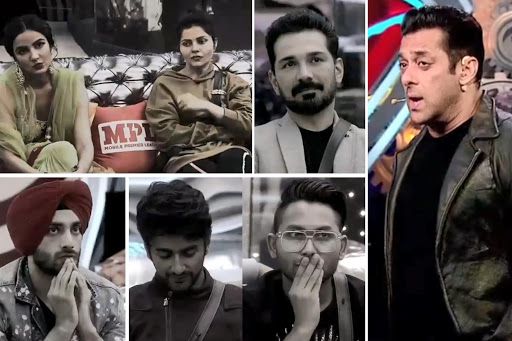 Salman Khan reveals that Shehzad Deol, Abhinav Shukla, Jaan Kumar are in the bottom three and the decision on who out of the three will be evicted will be taken by the freshers.