Titliyaan Warga singer Afsana Khan, who was a confirmed contestants of Bigg Boss 15, has backed out from the show.

Bigg Boss 15 Confirmed Contestant Afsana Khan: Famous Punjabi singer, who rose to fame with Titliyaan Warga, was one of the confirmed contestants of Bigg Boss 15 and her promo with Karan Kundrra and Tejaswi Prakash was also out by the channel. Amid her hotel quarantine, she backed out from the show due to panic attacks. As reported by The Real Khabri, Afsana has backed out of the show due to panic attacks. The singer had on Monday appealed to her fans to pray for her as she was feeling rather unwell. “main theek nai aa… duaa kro bimar hu bhut (I am not well, pray that I recover soon).” In the next story, she game a glimpse of her prescription and medicines and apologised to her fans.Also Read - Bigg Boss 15: Tejasswi Prakash's Health Deteriorates Amid Captaincy Task, Karan Kundrra Lifts Her to Doctor 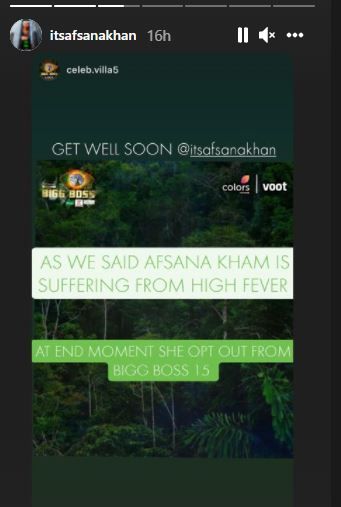 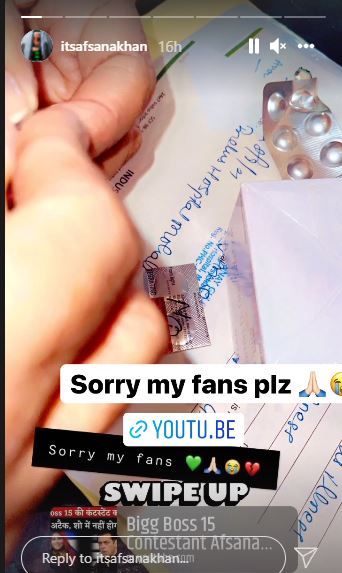 Several singers and musicians like Honey Singh, Salim Merchant dropped get well soon messages on Afsana’s post. It is been said that Afsana was under quarantine as part of the mandate before entering the Bigg Boss 15 house. She had suffered panic attacks in her hotel room. Also Read - Bigg Boss 15: Wildcard Contestant Rajiv Aditya Plays Game With Ieshaan Sehgaal by Turning Him Against Miesha Iyer - India.com Twitter Poll

Celebrities Karan Kundrra, Donal Bisht, Umar Riaz, Tejasswi Prakash have been confirmed to be part of the controversial reality show till now.  Bigg Boss 15 will go on air starting October 2. Also Read - 'You Are a Dog,' Ieshaan Sehgal Gets an Earful From Rajiv Adatia For Dating Miesha Iyer in Bigg Boss 15