Both the boys have revealed the ‘dirty tricks’ of Sonali Raut. We wonder, what the sexy starlet would have to say on this. 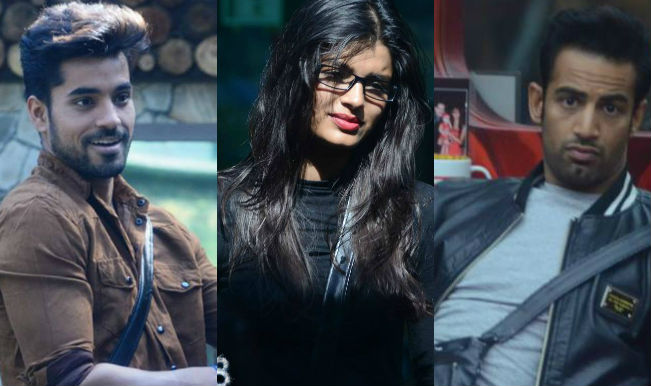 Also Read - Upen Patel on Being Victim of Nepotism: Suddenly They Decided to Cut Me Out, It Was Toxic For My Mental Health

Sonali Raut, who recently celebrated her 23rd birthday, has always been one of the most highlighted contestants at Bigg Boss 8 house. The beautiful Expose actress has either been in news for her flirtatious behavior or for her care-free attitude at the mad house. Despite the female contestants of the house not being too kind towards Sonali, the guys at Bigg Boss 8 house gave her their full support. And the two boys, who were especially close to the petite beauty, were Gautam Gulati and Upen Patel. Also Read: Bigg Boss 8: Top 5 evicted contestants who could probably make a wild card entry on the show! Also Read - Bigg Boss 13: Karan Singh Grover, Himanshi Khurana, Gautam Gulati, Vindu Dara Singh to Enter House

Sonali Raut in the past week was heard saying about ‘using’ Gautam Gulati and Upen Patel at the Bigg Boss 8 house. But she might not be pleased with the kind of words the two hunks have said about her to the world. Upen Patel had a discussion with Karishma Tanna about how Sonali has always been behind ‘content’ to lengthen her stay at the house. As for Gautam, the small-screen star had also openly revealed about how Sonali had attempted to kiss him in the car, when the two went out for a task! Also Read - Bigg Boss 13: Shehnaz Gill Kisses Gautam Gulati in Front of Siddharth Shukla in Weekend Episode

Sonali Raut started off her journey at the Bigg Boss 8 house with the eviction in the very first week before she made the re-entry with a bang. She was seen getting close to Gautam Gulati with the two spending quality time with each other. Sharing the same bed, giving each other cute pecks became norm between the two before Sonali suddenly switched her loyalties towards Upen Patel.

During one of the tasks when actress Lisa Haydon made her visit to the Bigg Boss house, Sonali Raut passionately kissed Upen Patel, giving rise to a new love story inside the house. Sonali was seen cozying up to Upen and the two became the ‘it’ couple of the house. But as they say nothing is permanent inside this crazy reality show for Sonali was constantly seen changing her preferences between Gautam and Upen. In fact, one of the evicted contestants, Diandra Soares called her ‘a pendulum’ describing her cunning ploy! But now both the boys have revealed the ‘dirty tricks’ of Sonali Raut. Wonder, what the sexy starlet would have to say on this.