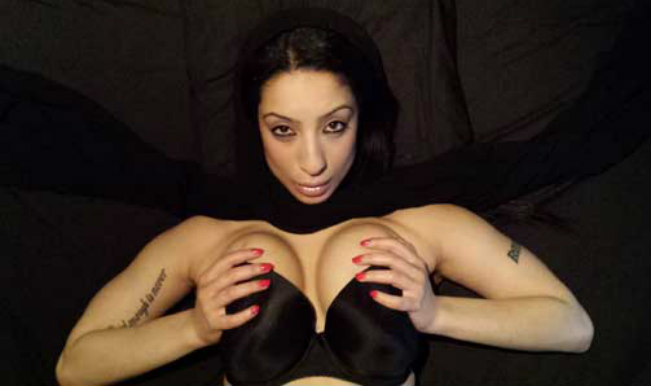 The steep drop in the TRPs of Bigg Boss 8 has compelled the show-makers to introduce some masala to appeal to the janta. While all the ongoing drama and fights inside the house are doing almost nothing to tempt the viewers, Bigg Boss team decided to bring in a new contender Ali Quli Mirza. The new captain was all planned to create a stir inside the house, but all his attempts to save the show have fallen flat. Hence, they thought of introducing a twist by roping in a porn star. Read Bigg Boss 8: Dubai based singer Ali Quli Mirza to enter the house as wild card contestant Also Read - Shooting Sanjay Dutt's biopic was fun, says Karishma Tanna

Shanti Dynamite has already accepted a movie offer and is looking forward to get some popularity from the Indian Janta to make her debut a total hit. Will she be entertaining enough to remain till the end of the show? Or will Shanti Dynamite bring a-Shanti inside the controversial house? Well only time will tell.