Entertainment has just begun and how! 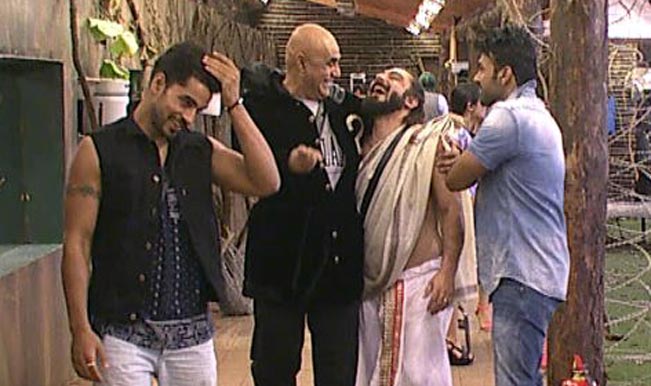 Those who believed that the first four days in Bigg Boss’s house..errr controversial cockpit were yawn-fests, realized quickly on day fifth that entertainment was just waiting to unfold as some major upheavals happened on a day that turned out to be Praneet Bhatt’s birthday. It can clearly be seen that drama will continue in the days to come as newer equations will be undergoing constant changes and fresher friendships-real, fake or transitory-will be formed that will eventually lead to some really interesting moments. Also Read - Bigg Boss 14 New Promos: Sidharth Shukla, Hina Khan And Gauahar Khan Say #AbScenePaltega

Early in the day Gautam Gulati confronted Praneet Bhatt for the latter called the former “a footage actor”-a bang-on remark that suits the young TV actor who is turning out to be such a drama queen with every passing moments Bhatt even had a mini-showdown of sorts with Karishma Tanaa and the lady with a green mop of hair Diandra Soares. As if that drama was not enough in the chaotic cockpit, there was a major change  in the secret society and its functioning as well. Punit Issar with his sensitive streak was found to be unfit for the show’s format-at least RJ Pritam Pyare and Deepashikha thought so. So the popular Duryodhan had to move to the Bigg Boos’ house with his bags and belongings as a new entrante, in short as a contestant. Punit entered the house with a compulsion that he must not reveal the names of the other two members of the secret society. Also Read - Bigg Boss 14 House Pictures: Rainbow Couch, Metallic Decor And More - Sets go More Stunning This Year

Punit’s recived a very celebratory and warm welcome in the house. In the night Praneet aka shakuni mama got a surprise as his mother spoke with him on his birthday. An emotional Praneet then received hugs from the other housemates who too got misty-eyed. There was a small cake and a couple of costumes on offer for the birthday boy. While Bhatt accepted the gifts graciously he was irked by the fact that he has been treated like a clown on his special day with just a couple of clothes thrown at him. It would be intresting to note that the poor chap was made to stay in the same underwear for almost three days. No wonder Puneet complained in a categorical manner for his bag is still not returned to him and that did irked the actor to the limit that his satakali moment arrived.