Till now, the housemates had to be answerable to their host but now they have to face sarcastic comments from the watch dogs. 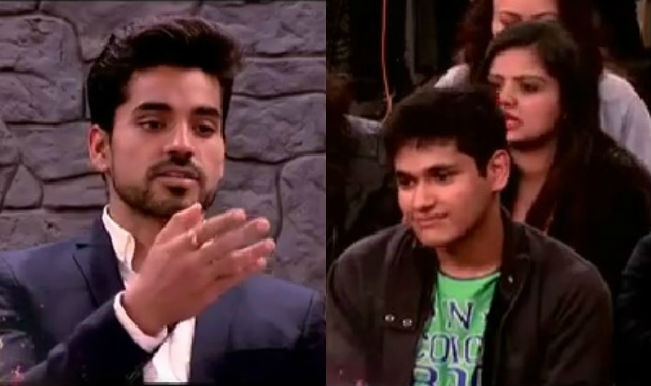 The Bigg Boss 8 contestants will have to face the media for the first time after their entry into the controversial show. This weekend would take an ugly turn for few inmates as they will have to answer some really revolting question put forth by the journalists. Till now, the housemates had to be answerable to their host but now they have to face sarcastic comments from the watch dogs. A single wrong comment can bring them lot of misery and negative publicity. (Read Bigg Boss 8 Weekend Ka Vaar preview: Gautam Gulati and Diandra Soares’ kiss in the bathroom under the scanner) Also Read - Bigg Boss 13: Shehnaz Gill Kisses Gautam Gulati in Front of Siddharth Shukla in Weekend Episode

Had they been aware of any meeting with the media during the show, the contestants would have been more careful with their actions. Gautam Gulati was the major focus of the evening. He was initially over whelmed with the attention he received from the media. His excitement was soon killed after the media slammed him with questions related to his relationship with Diandra Soares. Gautam was stunned by the nature of questions put to him. Right from locking up in the bathroom to his refusal to accept his relationship with Diandra; Gautam was bombarded with questions one after another. Also Read - Gautam Gulati Talks of How Being Absent From The Showbiz Scene Impacted His Fan Base

What answers will the ‘Diya Aur Baati Hum’ actor give to the media personals? Will he still deny his relationship with Diandra or openly admit his mistake of ditching her? Today’s episode promises lot of masala and drama for Bigg Boss 8 fans. For  more updates on Bigg Boss 8, stay tuned to this space.