What could be the most insensitive thing for an individual – Are you to be blamed for your father's death? 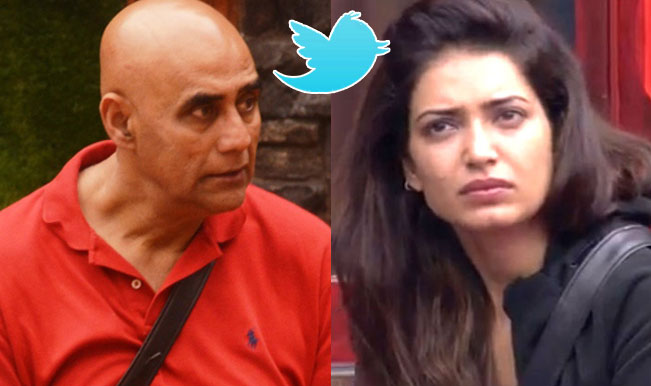 Also Read - Hina Khan is Unbelievably Humble, And Mouni Roy is a Sweetheart: Mamta Handa Opens up on Her Chat Show Be You-Ghar Ki Baat | Exclusive

What could be the most insensitive thing for an individual – Are you to be blamed for your father’s death? Nothing can beat this outrageous comment in the world, and the person guilty of making this nasty, inhuman statement is Bigg Boss 8 participant Puneet Issar’s daughter Nivriti Issar towards his father’s fellow housemate at the reality show, Karishma Tanna, mocking her father’s death. Karishma’s father passed away in 2012 after suffering from heart ailment for long period of time. Also Read - ZEE5's A Table For Two is Quirky, Catty And Superbly Entertaining, Watch Out For Season 2!

Nivriti Issar’s tweet that read –“@BiggBoss @karishma_tanna did her father die a natural death? Or did he kill himself for having a daughter like her who has no sense?” has taken the social media by storm. The Twitterati has slammed the till-now-unknown-Nivriti Issar for making this highly nasty comment about an individual. Also Read - Exclusive | Kunal Kohli Speaks on Making ZEE5's Lahore Confidential - Another Spy Thriller After Fanaa

Model-actress Karishma Tanna and Puneet Issar has been part of the Bigg Boss 8 house for more than two months but have not being able to get along right from the beginning of the season. Puneet Issar’s who comes across as spiteful personality in the Bigg Boss house who vents out his anger on fellow contestants from time to time, seems to have a special hatred towards Karishma. But the action on his daughter’s part has fuelled the fire even more on Twitter. Take a look at the various tweets in support of Karishma while blasting Puneet Issar’s daughter on the social media:

Puneet issar’s daughter is disgusting jus like her father.. shame on her for such kinda tweet regarding karishma tanna!

Is @PuneetIssar ‘s daughter watching the show! God give her strength to face the shame her father is bringing upon them! #BiggBoss8

puneet issar is a really sick prsn & so is his daughter.Lyk father lyk daughter. Both hv absltly no respect fr others’ feelings #biggboss8

Disgusting comment of Puneet Issar’s daughter regarding Karishma’s father who is no more!!! How ppl cn stoop to such a level mahn!!!heights!

@PuneetIssar daughter Nivriti writing a disturbing tweet against Karishma dad. how can she be so evil.same like her father.@ColorsTV #BB8

#bb8 Wat else cud you expect from the daughter of a person like #puneet issar. Such a insensitive remark. @Nivriti_issar

Last RT: Exactly the kind of twisted ideology you expect from Puneet Issar’s daughter Making jokes out of someone’s lost parent for a show.