The Bigg Boss team has so far not revealed the names of the participants, but there are talks that Sangeeta Bijlani, popular model Lulia Vantur, and actresses Minnisha Lamba will be locked in the glass walled house. 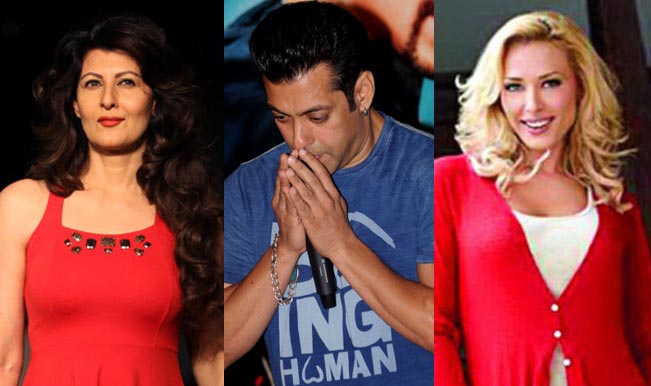 With the rumors of expected contestants of Bigg Boss 8 trending, there have been news of Salman’s ex-flames being roped in for this season. The recent promos have already confirmed Salman Khan’s come back as the host of the show for the fourth time consecutively. Also Read - Salman Khan to Stay in Bio Bubble as a Precaution While Shooting For Antim, Bigg Boss 14

However, Salman’s partial behavior towards Tanishaa and Arman in the last season has attracted him a lot of criticism. The Dabbang star was so displeased with this flak that he sweared not to host the Bigg Boss 8. Also Read - Bigg Boss 14: Jasmin Bhasin Opens Up on Her Parent's Reaction To Aly Goni, Says 'They Have Been Misunderstood'

The Bigg Boss team has so far not revealed the names of the participants, but there are talks that Sangeeta Bijlani, popular model Iulia Vantur, and actresses Minnisha Lamba will be locked in the glass walled house. Whether these beauties have given their nod for the show or not, we are not sure.

If these rumours happen to be true then Bigg Boss – Season 8 will surely turn out to be all interesting for the viewers. Will Salman be showcasing his soft corner towards his ex-flame? Well,we will know this only when Bigg Boss 8, airs on Colors. Till then make guesses who will be the final contestants.