Everybody is very courteous and gracious and so is Slaman bhai, said Shah Rukh Khan. 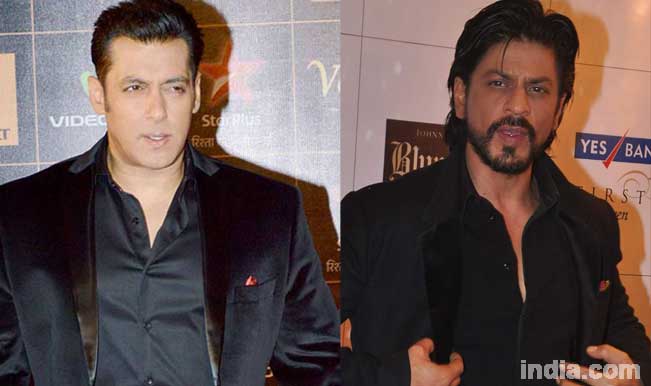 Mumbai, Sep 16: “Everybody is courteous and gracious and so is Salman Khan,” said Shah Rukh Khan reacting to the former’s friendly gesture. The two are known for their infamous rivalry, but now both of them seem to be holding out an olive branch to each other. If Salman was gracious enough as the host of Bigg Boss 8 to say that they will promote Shah Rukh’s Happy New Year on the reality show, the Bollywood Badshah said he try his best to utilize the platform. Also Read - Dream11 IPL: Shah Rukh Khan Wishes Luck to Mumbai Indians-Chennai Super Kings Ahead of IPL Opener, Post Going Viral

When asked about Salman’s comment, Shah Rukh said: “The marketing is part of the production and whatever we are asked to do, we will do it. We would only be happy to be going wherever we are invited.” Also Read - Sushant Singh Rajput Case: Muzaffarpur Court Orders Salman Khan, Karan Johar And 7 Others to Appear

“Everybody is very courteous and gracious and so is Slaman bhai. We love that he thought we should come there (on Bigg Boss 8). If we have the scope and time, most certainly we will go there. If we don’t have it, please don’t take it seriously and say that we avoided it. It just needs to be done when it needs to be done.

“I think it’s gracious of Bigg Boss to talk about our film. It’s wonderful and sweet of everyone,” said the SRK.