He is the ultimate 'opportunist' who shows no hesitation grabbing...ahem ahem a meaty 'chance' coming his way. She is the most celebrated sex-bombshell with the world's most talked-about ASS-ets. 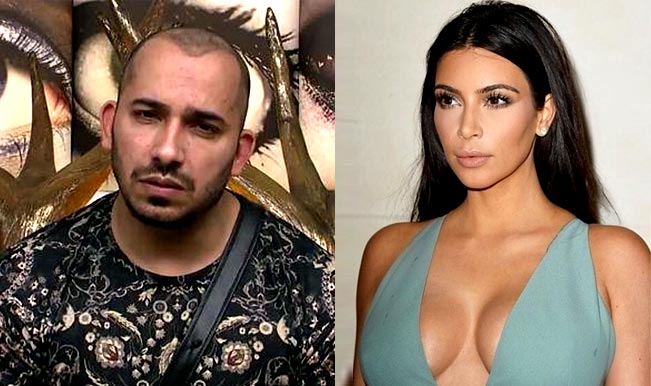 He is the ultimate ‘opportunist’ who shows no hesitation grabbing…ahem ahem a meaty ‘chance’ coming his way. She is the most celebrated sex-bombshell with the world’s most talked-about ASS-ets. Now entertain the prospect of the two coming under the same roof of Bigg Boss season 8, and you will know the potential ‘sensitive’ situation we are discussing here. Kim Kardashian should definitely consider herself warned as she is all set to walk into the glass-walled house.Ali Quli Mirza must be rubbing his (calm down!) hands in the anticipation of the starry arrival of the curvacious babe. Also Read - Bigg Boss 14: Paras Chhabra Comments on Pavitra Punia's Chemistry With Eijaz Khan, Says 'I Pray For Eijaz Bhai'

Ever since he has Ali slipped his hand under the blanket to touch Sonali Raut in the wrong way, the man has acquired a reputation, that kind of goes well with his personality. He further harmed the whole situation by stating that he was just acting (over) friendly with the babe. In his attempt to garner attention-or to fetch something else-Ali projected an image that’s both disgusting and repulsive. Or is he just being himself, we wonder. If that’s not enough the Dubai based singer opens his mouth to give us bouts of nausea. Those who follow Bigg Boss diligently have repeatedly opined that Mirza’s behaviour-as well as his being- in the house turns their collective stomach right over! His lewd comments and terrible gestures make him one of the most hated contestants of this season. Also Read - Bigg Boss 14: Hina Khan Impresses Fashion Police With Her Refreshing Look in Blue Tunic And Matching Printed Pants, See PHOTOS

And now with Kim all set to make her oomphalicious presence felt, in the popular reality show, she should know who to stay miles away from, once gets inside the controversial house. We pray that her PR machinery should warn her against potential danger lurking around in the house (albeit jokingly!) After getting unbelievable attention for her oil-slicked bottom on the cover of a popular glossy, Kim wouldn’t want to be in the headlines for the wrong reasons even if someone is itching to get naughty! Wink!