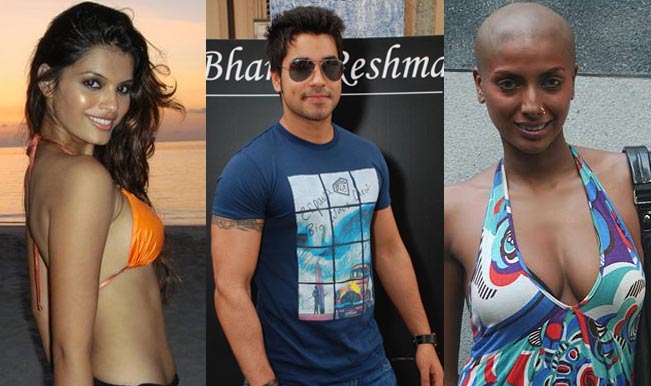 Sonal Raut who got evicted from Bigg Boss season 8, met Salman Khan after her exit. And guess what? the model who is known for keeping mum and not interacting with her fellow inmates finally opened her seemingly glued mouth to call a spade a spade. She did not mince her words and went on to call Gautam Gulati-who has been strutting around in the glass walled house like a drama queen-a wannabe. She complained that Gauatm needs to learn manners. Recounting her stay in the house Sonal said that Gautam used to hop on her bed with his shoes on, in spite of telling him not to do so a zillion times. Salman too confronted the TV actor for his antics. Also Read - Salman Khan To Resume Radhe Your Most Wanted Bhai Shooting From October 3, Sohail Khan Shares Safety Guidelines

Sonali did NOT stop there. On being asked who does she thinks is the most dominating individual in the house, Miss Raut responded that she feels Diandra Soares is very bossy. Salman gave a special right-a bomb-to nominate any one from the house for the next exit round. And that bomb landed straight into the lap of Sukriti who did not exactly shared a good equation with Sonali. Also Read - Bigg Boss 14 Promo Video: Makers Show Radhe Maa Inside The House, Is She Part of Show?

Now tell us Indians do you agree with Sonali’s impression of Gautam and Diandra or you simple agree to disagree with Miss Raut?