The Bigg Boss 8 house members will face their most dreaded questions in a press conference. 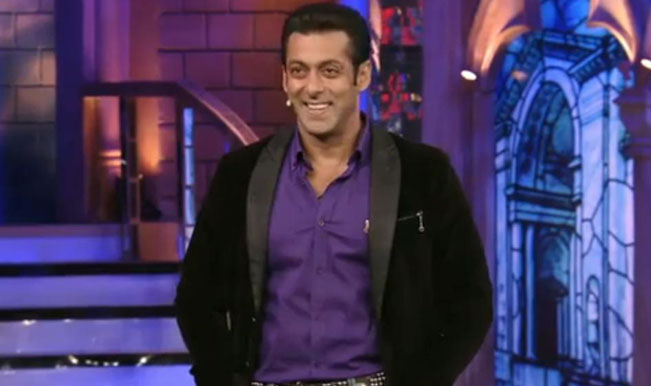 Salman Khan calls Dr Vishal Sawant, a renowned psychiatrist, to explain why the people are acting so differently and explain their behavior. Upen Patel’s confusion and threats to others are due to his insecurity. Karishma Tanna and Puneet Issar are very strong minded. Ali Quli Mirza is an extremely motivated and adaptive person and he knows how to play discreetly. Sonali Raut is confused and so are the experts about her. She is a simple girl but she is just a child and she may be pampered in her house. She is innocent and may be a little slow. The most strong contenders will remain as the game show continues and the weeks progress. Also Read - Sushant Singh Rajput Case: Muzaffarpur Court Orders Salman Khan, Karan Johar And 7 Others to Appear

The Bigg Boss 8 house members are asked who should sit on the hot seat and the majority of the house selects Upen Patel. Ali explains that Upen Patel’s split personality is the new wild card entrant and most of the people feel that way in the house. Salman Khan asks Ali to tell about what happened in this week’s task. Ali explains that he was trying to stop Dimpy Mahajan from poking Pritam Singh during the Hijack task. Ali says that Upen shows his kada that he will bash someone’s face in, like Gautam and Ali. Also Read - Bigg Boss 14 House Pictures: Rainbow Couch, Metallic Decor And More - Sets go More Stunning This Year

Salman Khan shows Dimpy Mahajan an old task pictures and he seems to be with Dimpy on poking him. There is no consensus on the issue. Puneet says that the game was about mental strength. He asked Dimpy what she was discussing with Upen. Dimpy reveals her plan to irritate Pritam and Puneet stops her. Dimpy keeps ranting about how she was in her rights to do whatever she did. Salman Khan shows the reaction from the previous task and the recent task.

Dimpy takes Upen’s side that when Upen would not talk much for the first 12 weeks then people would talk that he doesn’t talk. In the past two weeks, Upen’s proactive behavior is also the talk of the house. The house again erupts in argument mainly Dimpy Mahajan and Sonali Raut over Dimpy’s crying was for getting sympathy. Dimpy keeps talking about patience but she lost her cool also and she again tries to get sympathy and vindicate herself.

Salman Khan is just letting them all vent out. He lets them shut up and then goes back to the nominations which he declares will be declared tonight. Karishma Tanna, Sonali Raut, Upen Patel and Praneet Bhat are nominated, who will remain and who will go? Salman Khan says that he will take just one name and that person will be removed from the Bigg Boss 8 house forever.

Pritam gets a bar of soap from a woman in Snapdeal.com Order Order because she thinks that Pritam Singh is slipping from his relations. The woman keeps insisting that Pritam be strong in his opinion. Salman names the nominated people after the call is done with. Salman declares Praneet Bhat’s name as the person who is evicted from the house this week. Ali Quli Mirza and Praneet Bhat sing songs with one last P3G group huddle in the Bigg Boss 8 house before Praneet Bhat leaves the house.