Veena and her businessman husband Asad Bashir Khan Khattak have been sentenced with a jail term of 26 years by a Pakistani anti-terrorism court. 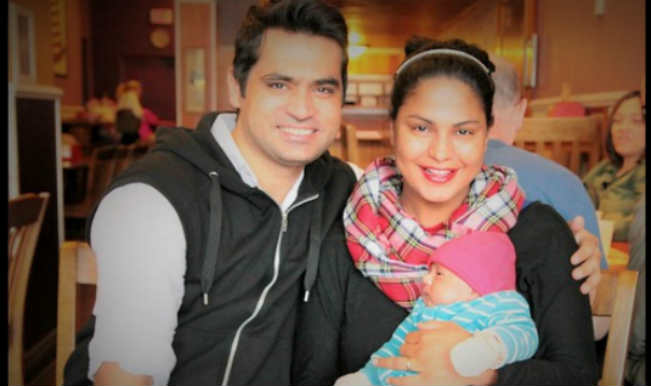 Ex-Bigg Boss contestant Veena Malik has always been synonymous with controversies. The Pakistani actress always loves to make headlines for some or other reason. Her infamous stint with cricketer Mohd Asif, her chemistry with actor Ashmit Patel in the Bigg Boss house and her unsuccessful attempts of finding a life partner through a swayamvar have all brought this notorious starlet some fame in the past. The sensational lady, now a co-owner of Pakistan’s Geo TV, got arrested along with husband Asad Bashir Khan Khattak on blasphemy charges. Also Read - Bigg Boss 14: Paras Chhabra Comments on Pavitra Punia's Chemistry With Eijaz Khan, Says 'I Pray For Eijaz Bhai'

Veena and her businessman husband Asad Bashir Khan Khattak have been sentenced with a jail term of 26 years by a Pakistani anti-terrorism court on November 25. The two have been taken into custody for airing blasphemous content in a TV programme on Geo TV. The court also ordered arrest of the owner of Jang group of publications, Mir Shakil-ur-Rahman in the same case. The Jang group owns Geo TV and The News, an English daily. Also Read - Bigg Boss 14: Hina Khan Impresses Fashion Police With Her Refreshing Look in Blue Tunic And Matching Printed Pants, See PHOTOS

The accused have aired an irreligious programme on Geo television in May. The programme staged a mock wedding of Malik with Asad Bashir with background music of a religious song. Besides, the three, the TV host Shaista Wahidi has also been awarded with sentence of 26 years. All the accused have been slammed with an additional penalty of 1.3 million Pakistani rupees each.

This is not the first time the leggy lass has attracted some controversy. Malik’s claim to fame was her scandalous revelation about her ex-boyfriend and Pakistani cricketer Mohd Asif’s involvement in match-fixing. The actress also posed nude for FHM magazine with ISI tattooed on her arm, following which her father publicly disowned her.

Later, Veena made a public statement that her photo was morphed as also sued the magazine for tampering with her pictures. Her boyfriends and associations with various reality shows have also brought her some notoriety.

In 2013, Veena Malik got married to businessman Asad Bashir Khan Khattak in a private ceremony in Dubai, finally bringing an end to her divisive affairs. Malik gave birth to the couple’s child, Abram Khan Khattak, on 23rd September, 2014.