Here are three couples who met in Bigg Boss, fell in love and are rumoured to be all set to tie the knot of love forever. 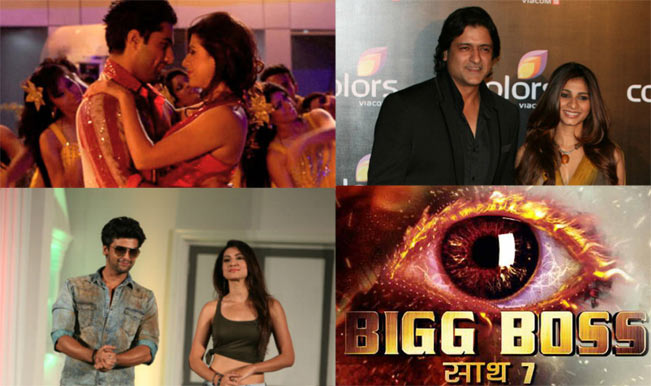 The Bigg Boss house has always been known for igniting controversies as well as creating awesome love stories. Mostly these things get over as soon as the show gets over and the celebs who are contestants start with their regular routine life again. But there are who continue to fight, and some lovebirds who continue to date each other. Here are three couples who met in Bigg Boss, fell in love and are rumoured to be all set to tie the knot of love forever. Also Read - Bigg Boss 14: Devoleena Bhattacharjee to Enter as New Challenger, Vikas Gupta to Return Soon

1. Tanisha Mukherjee and Armaan Kohli were quite familiar with each other outside the house. Slowly and gradually they fell in love but Tanisha’s family was unhappy with their going closeness on national television. Also, their pictures and videos went viral where they were allegedly sharing the bed and kissing. Tanisha openly expressed her love for Armaan on TV and also celebrated New Year’s Eve with her soulmate. There are speculations that this couple will get married in December 2014. Also Read - Rashami Desai vs Jasmin Bhasin: Bigg Boss Contestants Get Into Twitter 'Tamasha'

2. Gauahar Khan and Kushal Tandon, one of the prettiest couples in Bigg Boss house. Starting from being friends, supporting in each other in every aspect, and now getting married. This couple talked about in B-town as well. Both were seen in Fear Factor Khatron Ke Khiladi and later in Rahat Fateh Ali Khan’s song Zaroori Tha, which was beautifully picturised. If the speculations are true then they would soon tie a knot in November.

3. Karishma Kotak and Vishal Karwal unlike other couples came closer once Karishma was out of the house. No loud declaration or fights and gossip for the couple. But they were seen together many times and also share a strong bond. By the end of the year we will see the lovebirds getting married.