Bigg Boss OTT: Varun Sood and Divya Agarwal kissed each other and cried after meeting after 5 weeks. Watch

Bigg Boss OTT Sunday Ka Vaar witnessed a lot of drama, celebrations, humor and emotions. The audience saw a power-packed performance on Deva Shree Ganesha as the housemates celebrated Ganesh Chaturthi. The contestants were emotional on Moose Jattana’s elimination. Karan Johar bashed Raqesh Bapat for making a sexist comment during a nomination task. Last, but not the least, Divya Agarwal met her boyfriend Varun Sood. It was indeed an emotional moment for Divya as she met her connection Varun after 5 weeks.Also Read - Bigg Boss OTT Winner Divya Agarwal Reveals Why She Will Not Contact Shamita Shetty: 'I Forgive But Do Not Forget'

Former Bigg Boss contestants Devoleena Bhattacharjee and Rashami Desai had entered the house as guests and they welcomed Varun. Divya, who wanted Varun to come in the house as a connection, started crying upon looking at him. They kissed on glass wall and made a beautiful memory. Also Read - Bigg Boss OTT Winner Divya Agarwal on Doing Bigg Boss 15: Scared of Salman Khan

Before entering the Bigg Boss OTT house, Divya told India.com that she would want Varun to visit in the family week. She has been a top performer in the show and is one of the top 7 contestants. Divya and Varun are a popular couple, and share a great bond. Varun has been keeping a close watch on the show this season and even gives his opinion. 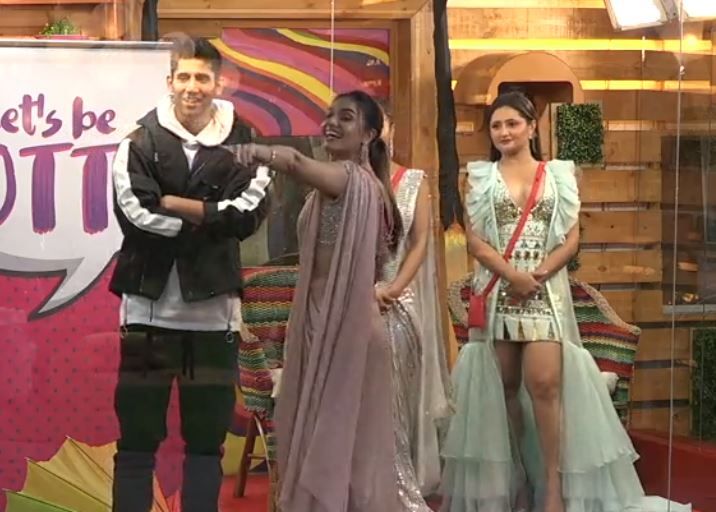 Divya Agarwal was asked if Bigg Boss and Khatron Ke Khiladi (since Varun was in Cape Town for the same) are the reasons for a delay in her marriage with Varun Sood. To this, the actor refused and added that they have certain responsibilities and goals before marriage.