Actor Aamir Khan‘s next is an official remake of Hollywood film Forrest Gump starring Tom Hanks. The film is being directed by Advait Chandan, who earlier helmed Aamir’s Secret Superstar. As revealed by the actor in a media interaction on the occasion of his 54th birthday, the title of the film is ‘Lal Singh Chaddha‘ and Aamir plays the character of a Sikh man in the film. The rest of the cast is yet to be finalised but Aamir confirmed that he will be wearing the turban in ‘some parts of the film’.Also Read - Netizens Ask Aamir Khan’s Daughter Ira Khan ‘Which Cigarette Do U Smoke?’ on Her Latest Photo

Talking to the media on March 14, Aamir said, “My next film is finalised it is called ‘Lal Singh Chaddha’. It is being made by Viacom18 Motion Pictures and Aamir Khan Productions together. It will be directed by Advait Chandan. It is an adaptation of Hollywood film ‘Forrest Gump‘. We have bought the rights from Paramount… I am playing the lead role of Lal Singh.” Also Read - Aamir Khan, Kiran Rao, Son Azad Play Table Tennis With Naga Chaitanya And Other Laal Singh Chaddha Crew, Photos Go Viral

He added that he has to lose around 20 kg of weight to fit into the character. Aamir also said that he loved the script and how the story of the film resonates with the masses. The actor said, “We have started the prep work on the film. The shoot will start in October. I will be prepping for six months. I have to lose weight. I will be losing 20 kgs. I have to be lean and slim.” Also Read - People Like Aamir Khan Responsible For Population Imbalance in India: BJP MP Sudhir Gupta 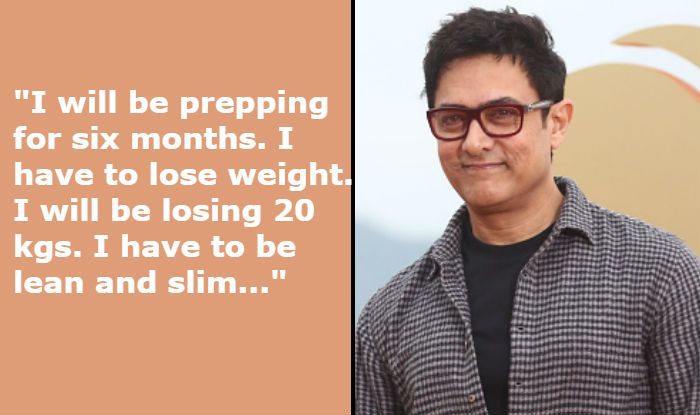 Aamir went on to say, “I have always loved ‘Forrest Gump’ as a script. It is a wonderful story about this character. It is a life-affirming story. It is a feel-good film. It is a film for the whole family.”

Forrest Gump is a celebrated Hollywood film. The film shows a dim-witted man, Forrest Gump, and how he unknowingly creates some of the most iconic moments in the history of the 20th century US. Aamir’s film is scheduled to go on floors in October this year.