Akshay Kumar Surprises Audience by Setting Himself on Fire at an Event in Mumbai, Reveals he Will Soon Make His Digital Debut

Akshay Kumar who will soon be seen with Parineeti Chopra in Kesari was recently spotted at a launch event in Mumbai earlier today. Akshay aka Khiladi is one Bollywood celebrity who is known for his ‘Daredevil’ acts. Towards the end of the event, the actor set himself on fire and grabbed all eyes. At the same event, Akshay who has been associated with the film industry for more than 25 years, revealed that he will be making his digital debut with a web series titled The End. Also Read - Akshay Kumar-Aanand L Rai's BTS Picture From The Sets of Raksha Bandhan is Simply Unmissable | See Viral Pic

At the event, the Gold star even revealed that he will soon be making his debut in the digital world. He told Hindustan Times that it was because of his son Aarav he decided to enter the digital world. He said, “I have a heavy line-up of films this year, but I decided to do a web-series because of my son Aarav, who asked me to do it as nothing works for the younger generation better than a web-series”. Also Read - Akshay Kumar is Back Home After Recovering From COVID-19, Reveals Twinkle Khanna With Quirky Post 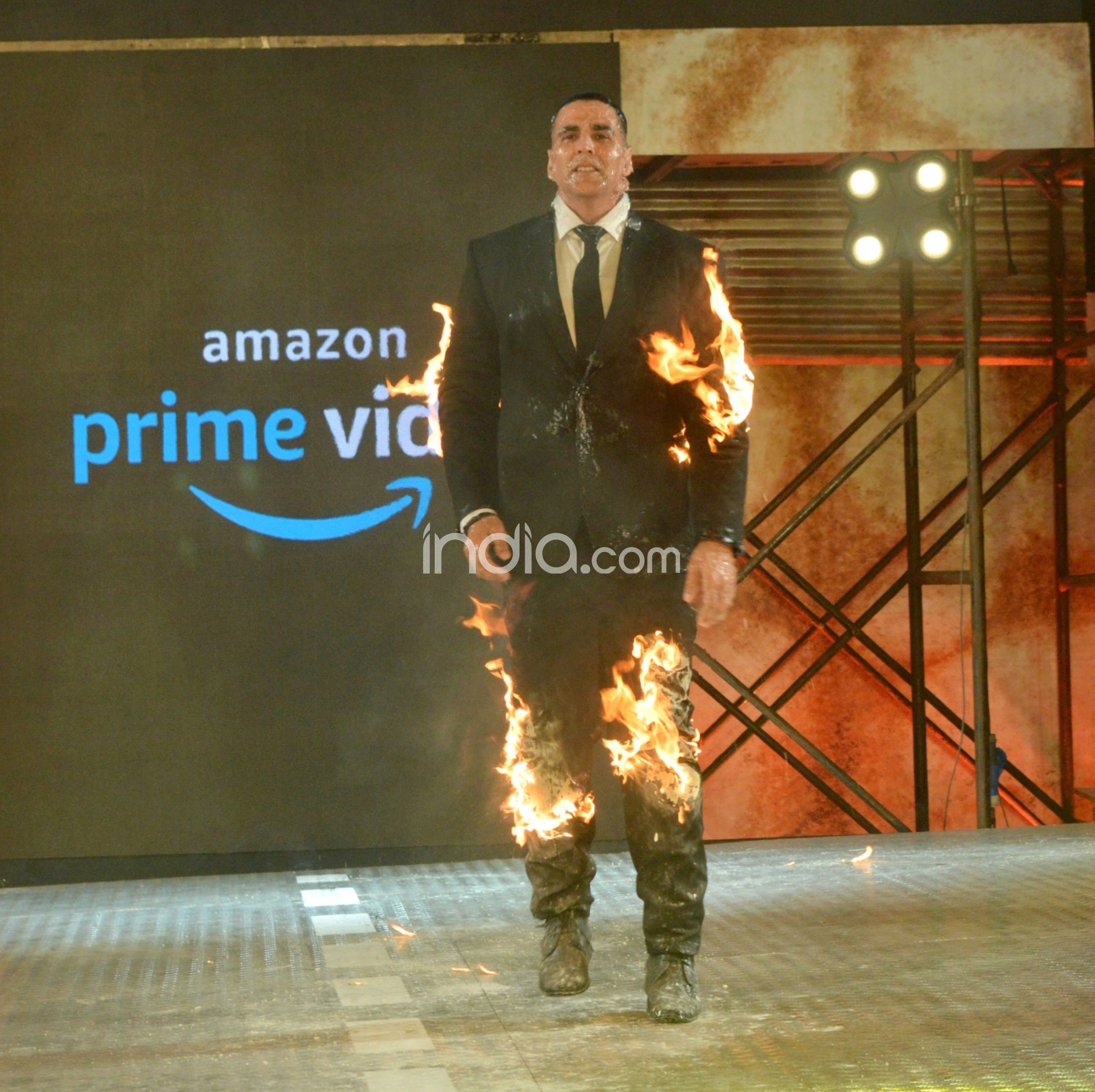 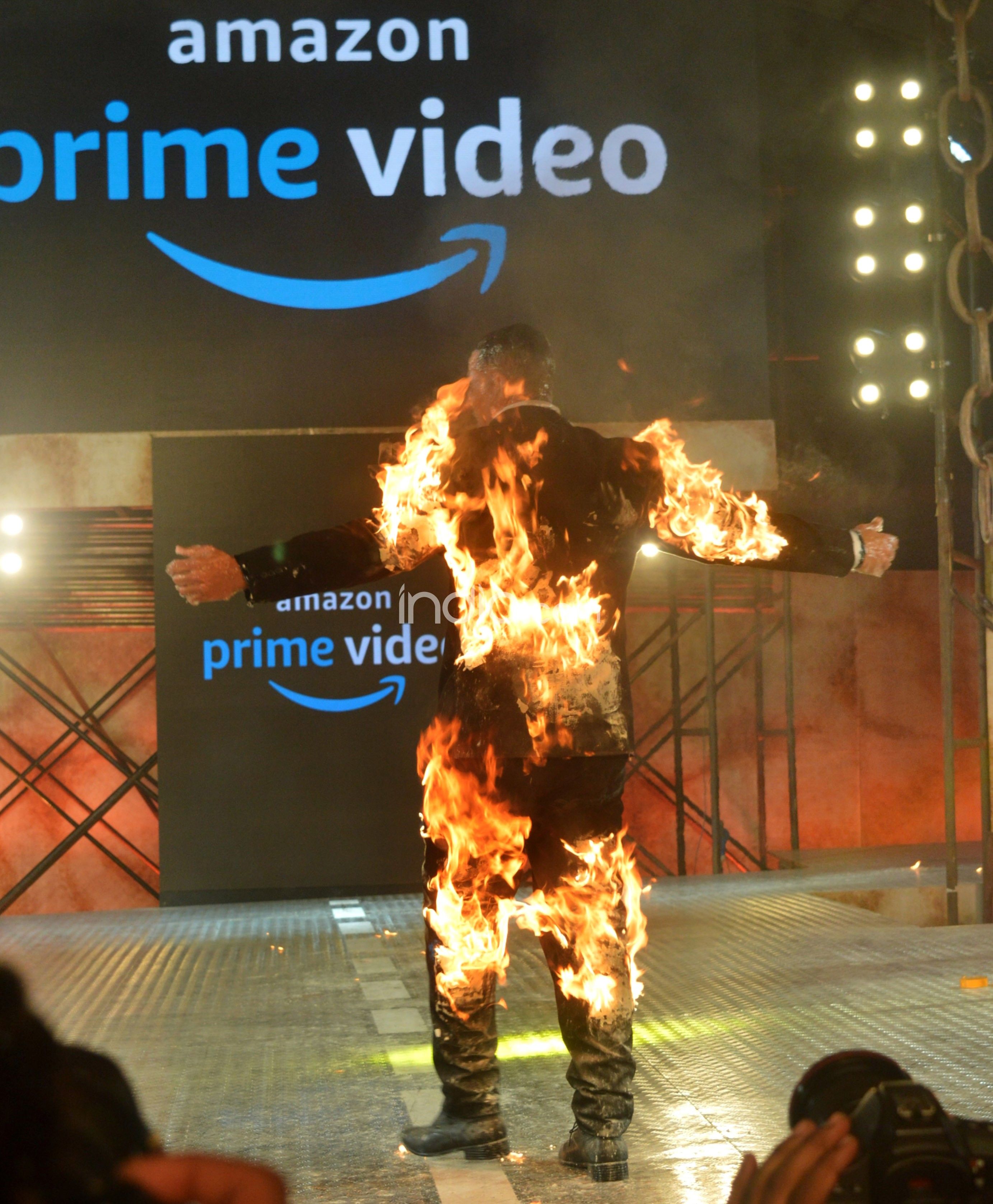 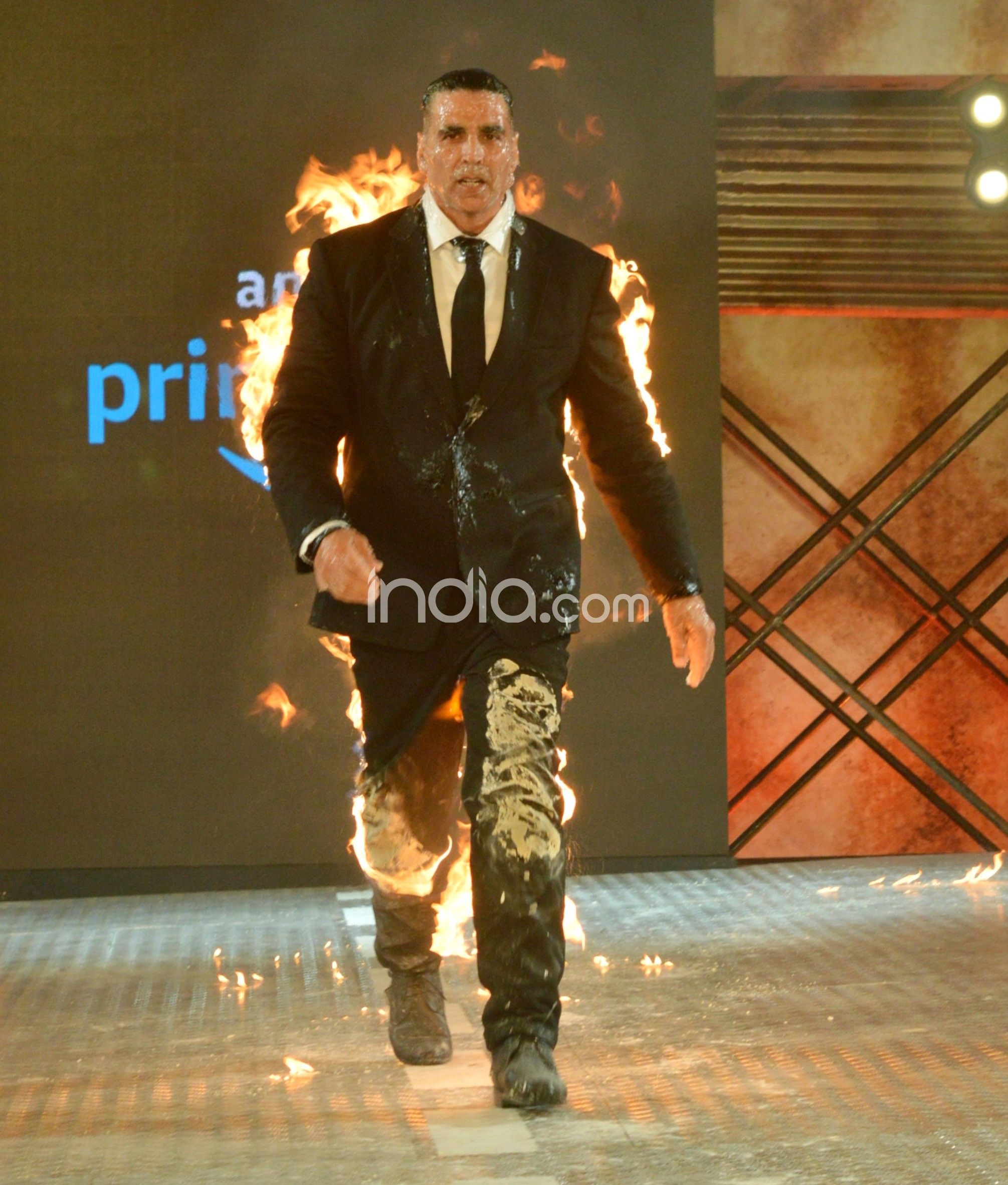 Talking about the same, a source told Hindustan Times, “Akshay was told by many people that he should not light himself on fire, as it was highly dangerous. But he wouldn’t listen to anyone, as we all know how much he loves doing his own action sequences in films too. Of course, there was a team of experts present on hand, and all the requisite safety precautions and permissions were taken. It was a sight to behold!”. Also Read - Sooryavanshi Box Office: Why January Release Like Master Was Better, And How OTT is Not an Option Anymore

Akshay’s next film Kesari also stars Parineeti Chopra who plays Akshay’s love interest. The film, which is directed by Anurag Singh, is all set to hit theatres on March 21, giving fans a perfect Holi gift. Apart from Kesari, Akshay will also be seen in Good News with Kareena Kapoor Khan and Mission Mangal. Parineeti, on the other hand, will soon be seen in Sandeep aur Pinky Faraar and Jabariya Jodi.