Filmmaker Karan Johar wants Alia Bhatt and Sidharth Malhotra to reunite in Student Of The Year 2.

Sidharth Malhotra and Alia Bhatt made their big Bollywood debut with Karan Johar‘s Student Of The Year and soon they got into a relationship with each other. Though the couple never admitted it that they were seeing each other, it was pretty evident. Sadly, they parted ways in 2017 and now Alia is said to be dating her Brahmastra co-star Ranbir Kapoor. Reports even suggested that Siddharth and Alia even stopped talking to each other. Latest reports suggest that Karan wants Alia and Siddharth to get back together on professional grounds. Also Read - It's a Girl For Anushka Sharma, Virat Kohli! From Alia Bhatt To Sania Mirza, Celebs Pour In Their Congratulations!

According to a report in SpotBoyE, Karan wants Alia and Sidharth to reunite in Student Of The Year 2. Talking about Varun Dhawan, a source told the daily, “Of course, Varun too. But Varun has no problems. Problem hai toh Alia ko. Varun has already given his nod to shoot. Alia is not in a comfort zone with Sidharth, anymore. After all, all exes cannot be friends”. Also Read - Deepika Padukone, Ranveer Singh Recount Their Love Story, Say 'Ang Laga De Kiss Was So Intensely Passionate' 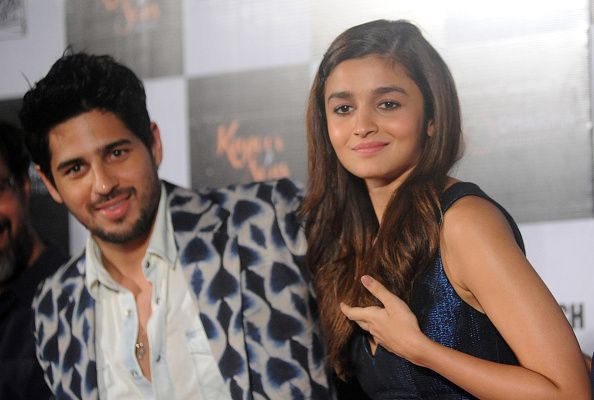 Reportedly, Karan wants to cast Student Of The Year 1 and 2 stars in one frame for a certain sequence. While the first part had actors Alia, Sidharth and Varun, in the second we will get to see newcomers Ananya Pandey and Tara Sutaria and Tiger Shorff. Also Read - Spotted! Ranbir Kapoor at Mumbai Airport And Katrina Kaif Attends Dance Class

Earlier, Alia was spotted with Ranbir at Umang 2019. The movie stars graced the event by performing for the Mumbai police. Ranbir and Alia arrived together at the venue and got clicked by the shutterbugs. While Alia donned a stunning embellished mint green Anarkali suit, Ranbir looked dapper in a dark blue suit.

On the professional front, Alia will soon be seen in Zoya Akhtar’s Gully Boy with Ranveer Singh. She will also be seen with Ranbir in Ayan Mukherji’s Brahmastra. Another film in her kitty is Kalank.