Actor Amitabh Bachchan has removed one of the most expensive cars from his garage. He has sold his luxurious Rolls Royce Phantom recently. The car was gifted to him by producer Vidhu Vinod Chopra in the year 2007 after their film Ekklavya got released and received a positive response. Big B sold the big silver car to Ruman Khan in Mysore, who already owns many swanky vehicles. Also Read - Cyclone Tauktae Hits Amitabh Bachchan's Office ‘Janak’ in Mumbai: Staff Worked Together in Emergency

While the price at which the actor sold his car isn’t known yet, the base price of Rolls Royce Phantom when it was gifted to him was Rs 3.5 crore. The model is the most luxurious Roll Royce sedan and is powered by a 6.75-litre V12 petrol engine, generating a maximum power of 460 Bhp and a 720 Nm-peak torque. Also Read - Amitabh Bachchan Takes Second Dose Of Coronavirus Vaccine, Shares Picture

Senior Bachchan and his family have been spotted using the silver wonder in Mumbai. In fact, the actor himself is the only person seen driving the car, which is usually known as a chauffeur-driven vehicle. The Rolls Royce Phantom boasts off one of the most silent cabins. The other features include a rear entertainment system, starlit ceiling, and some incredible things in the cabin. Also Read - Amitabh Bachchan Orders 50 Oxygen Concentrators From Poland For COVID-19 Emergency Use In Mumbai 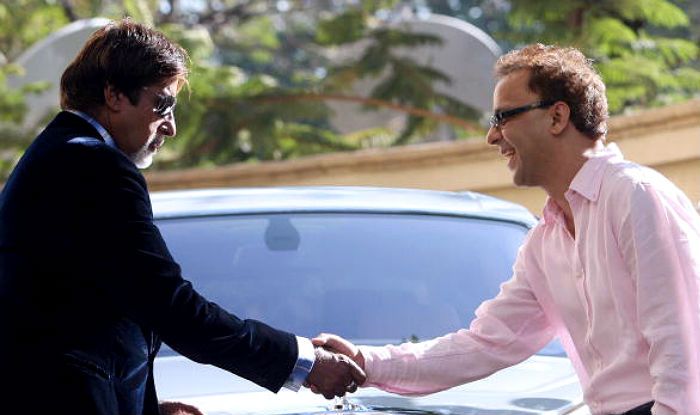 On the work front, the actor is gearing up for the release of his upcoming film, Badla, which also stars Taapsee Pannu in the lead. The film is directed by Sujoy Ghosh and is slated to hit the screens on March 8. It’s a thriller film, a remake of the Spanish film The Invisible Guest. The trailer of the film has already met with a positive response.