Irrfan Khan's viral pictures of hiding his face from paps while on a wheelchair at the airport irks fans, call out shutterbugs for hounding their favourite

Bollywood’s stellar actor Irrfan Khan, who recently wrapped up shooting for Homi Adajania-directorial, Angrezi Medium in London was spotted in a wheelchair at the Mumbai airport on Friday evening. Irrfan’s pictures of hiding his face from the shutterbugs went instantly viral on Twitter which did not land in a favourable light with the fans.Also Read - Radhika Madan Swooning on Irrfan Khan Relates Well With Fans, Calls Angrezi Medium Co-Star 'Magic'

The viral pictures show Irrfan dressed in dark blue denims teamed with a black jacket and a white shirt inside it. With a light blue cap on, Irrfan pulled up the black jacket to hide his face with and shutterbugs went into a frenzy. Also Read - Angrezi Medium: Director Homi Adajania is All Praises For Irrfan Khan as he Wraps up Film's Shoot 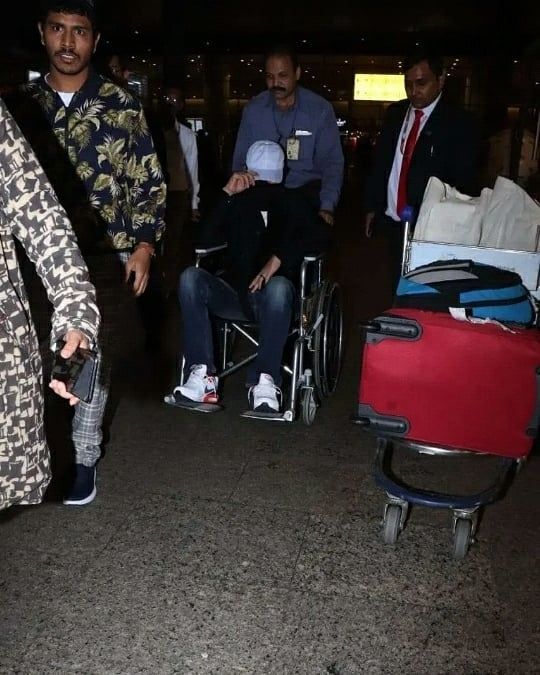 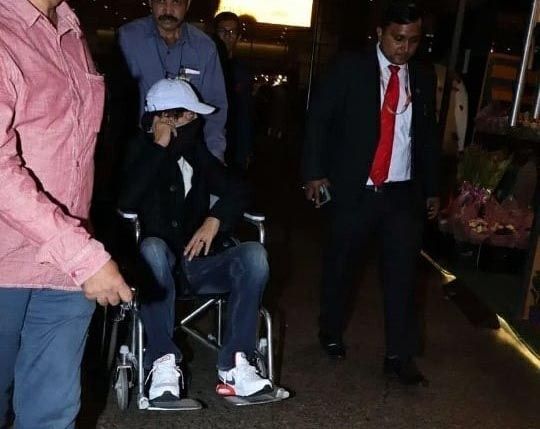 Calling out the paps for their insensitive move, a user tweeted, “Shame on you. Why you need to record him when he is not comfortable? Leave him alone. (sic)” another wrote, “Could you please give him some privacy at this time. Get well soon Irrfan. (sic)” Also Read - Angrezi Medium: Here's Another Look of Kareena Kapoor Khan as Naina From Irrfan Khan's Film

Reacting to the news, Irrfan’s spokesperson issued a statement related to the rising concern and queries of the fans. “Irrfan had a successful surgery after wrapping Angrezi Medium shoot in London. He was missing home and has come to Mumbai for a few days and recover. We request the media to not speculate and thanking everyone again for the continued support,” the spokesperson said in the statement.

Director of Angrezi Medium, Homi Adajania, had been sharing pictures of Irrfan Khan from the sets of the film throughout its shoot. In July, the makers wrapped up the shooting of the film and on the occasion, Homi penned an emotional note for Irrfan.

Angrezi Medium also stars Kareena Kapoor Khan, Radhika Madan, Pankaj Tripathi, Deepak Dobriyal, Kiku Sharda, Ranvir Shorey, Dimple Kapadia and Manu Rishi in pivotal roles. Pankaj had earlier shared about his role and said in a statement, “It’s a cameo appearance. It’s my love and respect for Irrfan and my friendship with Dinu (Dinesh) that made me say yes to it. I always wanted to work with Irrfan and when Dinu offered me this role, I immediately agreed even if it’s just a cameo role”.

Produced by Dinesh Vijan and directed by Homi Adajania, Angrezi Medium is a sequel to the widely appreciated 2017 entertainer Hindi Medium. The film is slated for a 2020 release.