Anil Kapoor Praises His Daughter Sonam Kapoor, Says ‘She is The Kind of Person Who Gives a Lot of Love And Affection’

Sonam Kapoor and her father Anil Kapoor released their film Ek Ladki Ko Deka Toh Aisa Laga yesterday, February 1. In a recent interview, Anil opened up about Sonam and was all praise for his daughter. He said that Sonam has worked really hard to achieve everything in her life. Also Read - Real Life 'Judaai'? MP Woman Lets Cheating Husband Marry Girlfriend in Exchange of Rs 1.5 Crore

In an episode of Famously Filmfare Season 2, Anil could not stop praising his daughter and talked about her good traits. He said that she has made herself and she has worked hard for whatever she is today. He said, “She has made herself. She has worked hard to become what she is. She is the kind of person who gives a lot of love and affection. And, it comes very naturally to her. She is a very sensitive person”. Also Read - Did Anil Kapoor Confirm Disha Patani, Tiger Shroff Relationship on The Kapil Sharma Show? 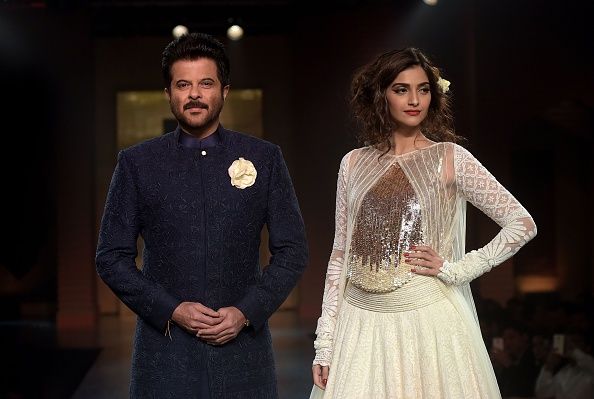 Talking about escaping Bollywood stereotypes, Anil said, “I started my career with ‘Woh Saat Din’, where I played a role of someone who comes from Patiala to become a music director which was very unconventional at that point in time”. Also Read - Animal Update: Tripti Dimri To Romance Ranbir Kapoor in Sandeep Reddy Vanga Directorial

“It was totally opposite to what everybody was doing around me. That included the lead actors riding horseback or a motorbike or even playing a guitar. No actor would be launched in the same manner that I was, he added.

For the first time, Sonam and Anil have shared screen space in Ek Ladki Ko Deka Toh Aisa Laga which highlights the complexities of being a homosexual in India.

Ek Ladki Ko Deka Toh Aisa Laga also stars Rajkummar Rao, Juhi Chawla, Seema Pahwa and Brijendra Kala in pivotal roles. Directed by Shelly Chopra Dhar, the film is set in the backdrop of Punjab and revolves around a love story filled with ‘syaapa.’ Sonam is said to be playing a homosexual character in the film. The trailer of the movie showed her character rejecting several marriage proposals. She eventually shares her secret with Rajkummar, which is implied to be about her sexual preference.