Malaika Arora and rumoured boyfriend Arjun Kapoor have been spotted quite a number of times together but the two have refused to comment on the same. Though they have dropped quite a number of hints which tells that the duo are seeing each other but no confirmation has come from their end.  Recently, Arjun’s uncle Anil Kapoor, appeared on a talk show where host Neha Dhupia Bedi asked him about the relationship between Arjun and Malaika to which he said that he is happy with whatever makes Arjun happy. Also Read - Malaika Arora Plays Cricket With Son Arhaan Khan Outside Her Building - Check Latest Pics

Well, that seems like it is a thumps up from uncle Anil side. Anil appeared on Neha’s talk show No Filter Neha Season 3, where he was asked about Arjun and Malaika’s relationship to which he said, “I know Arjun very well and whatever makes him happy, makes me happy. I don’t want to comment on anything as that’s personal… whatever he does. We all family members have believed that whatever makes the other person happy makes us happy”. Also Read - Nepotism to Sushant Singh Rajput’s Death, All The Controversies Involving Karan Johar

Recently, Malaika flaunted her new neck piece designed by Vahbiz Mehta that had an A and M.  Also Read - Karan Johar vs Madhur Bhandarkar: IMPPA Asks Dharma 'How Are You Using The Title The Fabulous Lives Of Bollywood Wives' 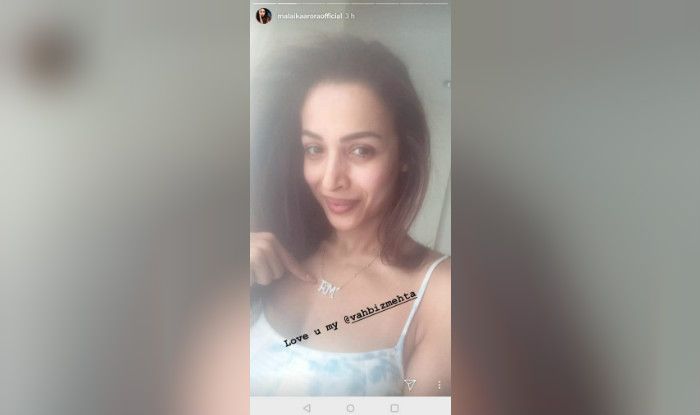 Earlier, Malaika said in an interview to Hindustan Times that she does not prefer answering personal questions since she is not comfortable talking about her personal life. Arjun, on the other hand, had appeared on Koffee With Karan 6 and revealed something that left everyone surprised. Host Karan Johar had asked him to tell if he was single and the actor confessed by saying, “No, I am not single.” Later, when Karan asked him if he was planning to introduce his partner to his family, Arjun looked at Janhvi and mentioned, “Clearly, it has just happened.” On the next day, Karan, who is also judging India’s Got Talent with Malaika asked her, “So, how was the Koffee last night?” while they were on the sets of India’s Got Talent. The actress was quick to respond that “it was hot, it was honest and I loved every bit of it”.