Filmmaker Anurag Kashyap who is a member of Phantom Films recently shared a Twitter post where he mentioned that Phantom Films would be dissolved, and the four partners Vikas Bahl, Vikramaditya Motwane and producer Madhu Mantena would go their separate ways. Also Read - Payal Ghosh, Who Accused Anurag Kashyap, Tests Negative For COVID-19

HuffPost India recently interviewed Kashyap regarding Bahl sexually harassing a woman who worked with Phantom Films. The incident happened in 2015 when Bahl had masturbated on her back after getting drunk at a party in Goa prior to the release of Bombay Velvet. Also Read - Fatima Shana Shaikh Suffered Child Sexual Abuse, Says 'Was Molested at The Age of 3'

At 1:28 am on Friday, 6 October 2018, three-and-a-half years after that incident, Kashyap shared this: Also Read - Payal Ghosh, Who Accused Kashyap, Takes Jibe at Friend Irfan Pathan For Being Silent in Sexual Harassment Case

Phantom was a dream, a glorious one and all dreams come to an end . We did our best and we succeeded and we failed. But i know for sure we will come out of this stronger, wiser and will continue to pursue our dreams our own individual ways. We wish each other the best.

After years of silence and stonewalling, Kashyap contacted the woman and gave her the power to decide Bahl’s fate. In a message dated 10 March 2017, reviewed by HuffPost India, the filmmaker wrote, “There is a lot of livelihoods at stake, yet everyone is with you and want to do the right thing. You will decide the punishment and even if you sympathize, he will still have to go… we just don’t want to be suicidal, that f**k it, let’s kill Phantom.. we want to correct it and set an example”.

“Whatever happened was wrong. We didn’t handle it well, we failed. I cannot blame anyone but myself,” Kashyap told HuffPost recently. “But now we are determined to do better. We believe her completely. She has our undying support. What Bahl has done is horrifying. We are already on our path of course correction and will do everything in our capacity to fix it,” Kashyap added

The women tried talking to Kashyap regarding the incident five months after her trauma. The woman said Kashyap said, “I don’t want to know this right now”, but he had promised to fix it.

Talking about the same Kashyap told HuffPost, “I have a vague memory of it. I was super drunk and didn’t quite process what she said.” He even went on to say that the failure of Bombay Velvet made him frequently inebriated. “At that time, I knew something happened, I didn’t know exactly what,” added Kashyap. 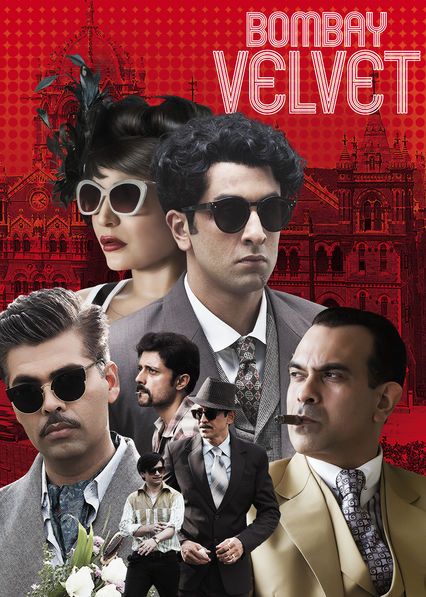 At the time, Phantom had no internal complaints committee, no policy on sexual harassment and no formal avenue for survivors of sexual harassment to file complaints.
“We spent a lot of time working that out. Since there wasn’t an FIR so we had no legal ground to fire him,” Kashyap said. “It’s entirely my failing that I didn’t know how these contracts were made and I should’ve looked into it more clearly.” He further added, “I shouldn’t be starting a company if I don’t know how to run one”.

The party in Goa was attended by famous Bollywood celebrities such as Ranbir Kapoor, Anushka Sharma, Karan Johar among others.